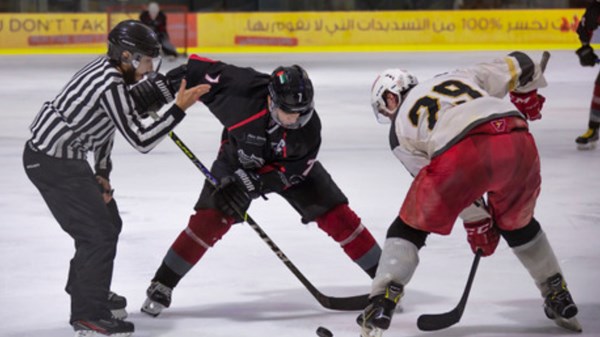 Abu Dhabi (Etihad)
The teams “Storms Abu Dhabi” and “Thebes Al Ain” qualified for the final of the Ice Hockey League for the 2021-2022 season, after a long journey of matches that the two teams started since the start of the UAE League at the beginning of last October, with the participation of five local teams from Abu Dhabi and Dubai.
Hamad Obaid Al Sheryani, Executive Director of the Abu Dhabi Ice Sports Club, thanked the players for their efforts throughout the league matches, which extended for “12” rounds for a period of five months, in strong competition with local teams, “Scorpions Abu Dhabi”, “Mighty Clams Dubai” and “White” team. Beers”.
He added: The continuous support of the Abu Dhabi Sports Council has paid off with the arrival of the “Abu Dhabi” teams to the final of the UAE League, stressing that the sport of “ice hockey” in the Emirates is witnessing its golden age during this period through the presence of a constellation of citizen players who belong to the “Abu Dhabi” teams and make up most of the players. National team.
The Abu Dhabi teams proved their ability to enter the final qualifiers for the league after the end of the first stage, with Thebes Al Ain team taking first place in the general standings and the Storms Abu Dhabi team in second place, while the “Mighty Camels Dubai” team came third and the “White Bears” team ” Fourthly.
After the “first phase, which lasted 5 months”, the competing teams entered the final qualifiers stage, which took place last week, where the “Thebes Al Ain” team managed to snatch the first qualifying card after the White Bears defeated its competitor by winning back and forth with a score of “3-2”. And “4-1” in two meetings that were witnessed by the “Heli” skating rink in Al Ain and the Dubai Mall.
The second qualification ticket came to the Storms Abu Dhabi team, which proved its worth to be present in the ice hockey finals, as it was able with the skill of its players to be one of the two sides of the final, achieving two consecutive victories over the “Mighty Camels Dubai” team with a score of “6-3” at the Dubai Arena. Mall, and back at the Abu Dhabi Ice Skating Hall in Zayed Sports City, with a score of “4-2”.
The two qualified teams, “Storms Abu Dhabi” and “Thebes Al Ain”, will meet on Monday and Wednesday in Abu Dhabi and Al Ain to determine the champion of the 12th edition of the Ice Hockey League. in the city of Al Ain.

See also  The story of Coleman, the puppy dog ​​thrown into a garbage can along with his kennel

Liga Mx: “I felt pretty good on the side”: Francisco Contreras