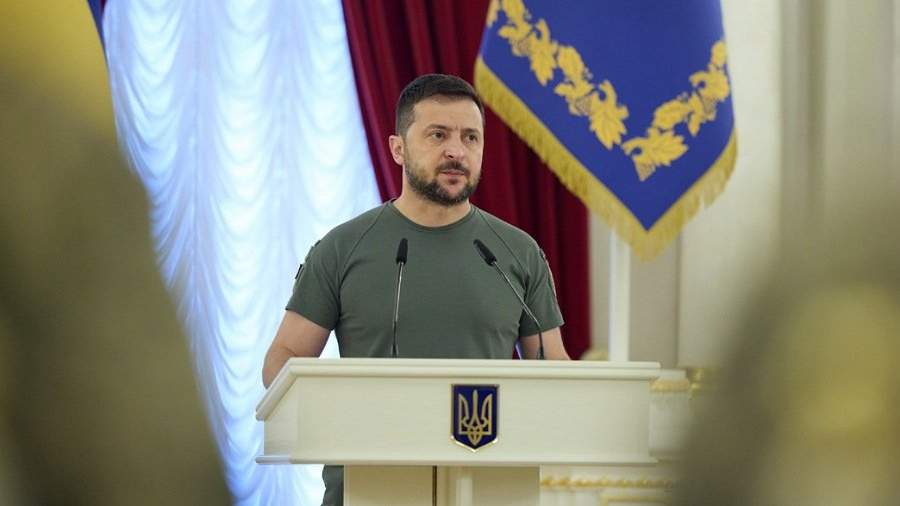 Political scientist Oleksandr Kazakov called Ukrainian President Volodymyr Zelensky’s call for a “preemptive nuclear strike” on Russia a provocation of World War III. On October 7, he told Izvestia about this.

Kazakov noted that this was not the first provocation from Kyiv. Last time, such a provocation took place when Ukraine announced that it was applying to NATO in an expedited manner.

“Zelensky’s appeal can be assessed as a provocation of the third world war. The previous global provocation of this kind was when Ukraine proposed an accelerated entry into NATO,” Kazakov said.

The political scientist added that Kyiv, as well as Warsaw and the Baltic countries, are ready to provoke a big war in Europe, as Zelensky understands that Ukraine will not stand against Russia.

“Zelensky is aware of his doom. Because you can resist for a month, half a year, a year, a year and a half, but the result of the Russian special operation is clear to all sober-minded people both in the West and in the East. Zelensky also understands this, Western partners explain to him: “Resist as much as you can, you will lose anyway,” the political scientist summed up.

On the eve of October 6, Volodymyr Zelensky called on NATO to launch “preemptive” strikes against Russia. According to him, only in this way can the possibility of the use of nuclear weapons by the Russian Federation be excluded. At the same time, Moscow has repeatedly stated that speculation about the use of this type of weapon is fake.

Press Secretary of the President of the Russian Federation Dmitry Peskov said that the United States, Great Britain and EU countries should pay special attention to the statement of the Ukrainian leader. He noted that without the reaction of the world community, statements about strikes against Russia cannot be left.

Deputy Chairman of the Security Council of the Russian Federation Dmitry Medvedev indicated that after these words, Zelensky should consult a psychiatrist.

On the same day, the representative of the Russian Foreign Ministry, Maria Zakharova, expressed the opinion that the West was instigating a nuclear war with the hands of the President of Ukraine. She also noted that the hands of the Ukrainian president, the West can destroy the planet.