Omicron closes the world: no foreigners and lockdowns. But there are those who reopen anyway

Covid and Omicron, some confusion between G7 and WHO

The world responds to Omicron. There are those who lock themselves up immediately, those who are preparing to do so, those who introduce new restrictions and those who propose old ones. And then there are those who decide to go ahead on the road to reopening. In all this, there seems to be no certainty yet. Given that, according to the main international organizations or platforms, an unclear picture is returned. The G7 health ministers, for example, declared that “the global community is, at a first assessment, facing the threat of a new variant of Covid that is very contagious, which requires urgent action”.

The line of the World Health Organization is different, arguing that too little is still known about the new strain isolated in South Africa to draw conclusions “We do not know for now if (Omicron) is associated with greater transmissibility or greater risk of infection, we do not know if can skip vaccines. We are analyzing “the picture, Tedros Adhanom Ghebreyesus told a news conference. The WHO director general, however, has one certainty: “The more the situation of vaccination inequality continues in the world, the more the virus will be able to spread and change in an unpredictable and impossible to prevent way”.

Meanwhile, the Omicron variant is spreading all over the world

As always, the countries go in no particular order. Fumio Kishida’s Japan has formalized the closure of the Japanese borders to all foreigners just as a preventive measure against the new viral strain. The stop on entry into the country will take effect immediately, starting Tuesday 30 November. Kishida stressed that Japan, where over 76% of the population is fully vaccinated, will intensify plans for the administration of third doses as early as next month, starting with the elderly and health workers. It is no coincidence that Tokyo is the first capital to take such a drastic measure, after the protests of citizens for the holding of the Olympic Games despite the fact that at that moment the contagion curve was ascending.

Omicron: from Japan to Israel, many are closing their borders

Other countries also immediately closed their borders. This is the case in Israel and Morocco, while many others have introduced new restrictions. In Asia, many are moving towards new closures to foreigners: for example, the Philippines and Indonesia are postponing the planned reopening. And many have blocked flights with southern African countries, from Europe to Australia. In the Netherlands, a semi-lockdown has already entered into force, while the United Kingdom has reintroduced the mandatory mask in shops and transport, and the mandatory monoclonal test for all arrivals, with quarantine until the result. Not only. London has extended the anti-Covid vaccine booster to all adults between 18 and 39 years old. The third injection can be given only three months after the second. In fact, many are aiming at accelerating the vaccination campaign and for now resist the temptation to close borders or to close their cities with new lockdowns.

Even the United States is resisting for now. “Rather than introducing restrictions, the United States will ask its citizens to vaccinate and receive booster doses,” said Anthony Fauci, the immunologist and White House advisor on Covid. Asked if there will be any new restrictions, Fauci replied: “I do not think so”. Same line as Joe Biden, who insisted on the need for vaccinations. “Do not wait if it is time to get the booster, do it, if you are not vaccinated, now is the time to do it and bring your children to get vaccinated too”.

Omicron, there are also those who continue the reopening

But there are also those who try to go on as if nothing had changed. This is the case of Greece, which is not considering any plans to introduce a new anti-Covid lockout in the country, as reiterated by government spokesman Ioannis Oikonomou during a press conference in Athens. Even the Minister of Development Adonis Georgiadis, reports Agenzia Nova, said that the closure of the retail business during the holiday season is “out of the question”. Even in Asia there are those who go against the tide, such as Singapore and Malaysia which have confirmed the reopening of the shared border despite the discovery of Omicron.

See also  Olympics, Beijing: "US will pay the boycott of the Games"

Omicron, the anger of Africa

Meanwhile, the one who complains is Africa. South African President Cyril Ramaphosa deplored travel restrictions imposed on some Southern African countries in response to the Omicron variant and called for “unwarranted and unscientifically” travel restrictions that are “hurting economies”. and travel-related sectors, “denouncing a decision contrary to the commitments made by the G20 nations last month. In fact, the Rome declaration, signed by 20 world leaders, first of all sanctions, in point 2, to “further strengthen our common response to the pandemic”, convinced of the “crucial role of multilateralism in the search for shared and effective solutions”. Specifically, with regard to international travel, point 39 of the Rome declaration decreed “the restart in a safe and orderly manner, in line with the work of the competent international organizations”. While taking into account national public health policies, the G20 recognized “the importance of shared standards to ensure uninterrupted travel”.

Same position expressed by the governments of the other southern African countries. And Xi Jinping rejoices, who promises to send one billion new doses of Covid vaccines to African countries at the bilateral China-Africa forum. Not only. The new restrictions and the new variant allow Beijing to claim the success of its zero contagion and closure strategy. 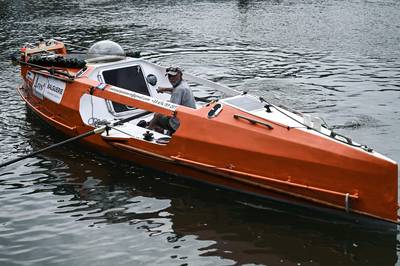 A survey carried out in June last year by DogHero and Petlove showed that 54% of the 2,665 respondents across...