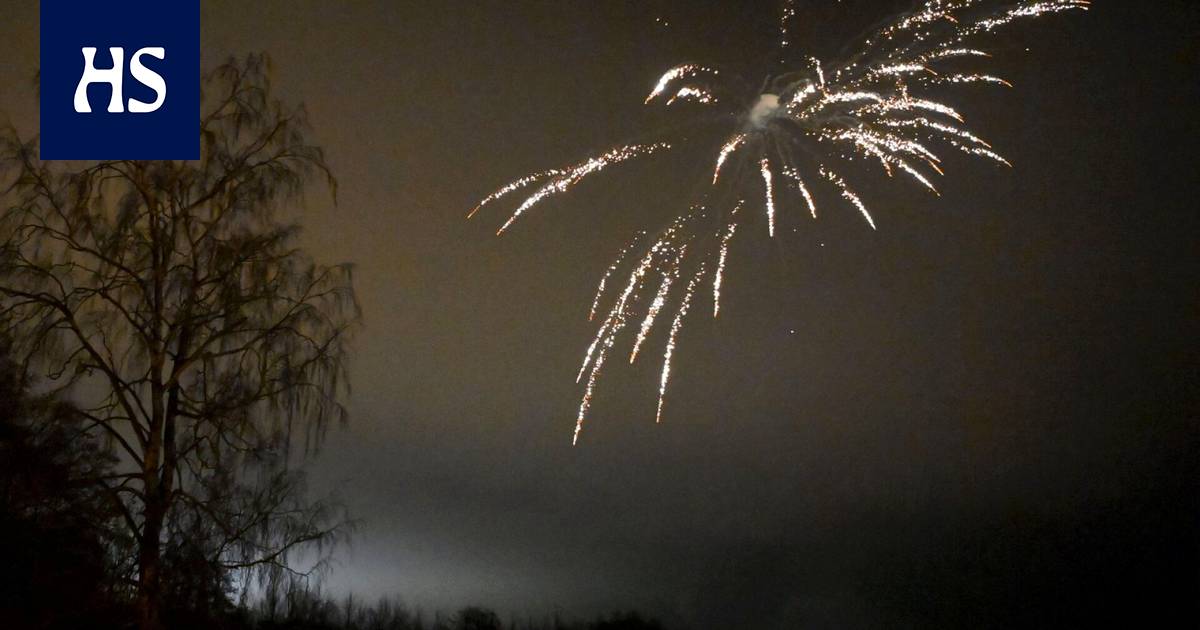 In Helsinki, the disturbance was caused by fireworks being fired at cars and people.

New Year’s the celebration increased the number of alert missions across the country. The police had a busy New Year in Pirkanmaa and Central Finland, among other places, where the night continued even busier than usual after four in the morning.

“Maybe calmed down a bit, but there is still a lot of work for the police all the time,” said the commissioner. Jani Mäkilä From the Inner Finland Police Situation Center to BTI.

According to Mäkilä, there were clearly more alert tasks than on a normal weekend. The anomaly was that, in addition to cities, more emergency response was concentrated in sparsely populated areas.

“People have clearly gone to the cottages and are celebrating New Year’s Eve in groups, and various alarm tasks have occurred there,” Mäkilä said.

“Of course, when restaurants aren’t open, the disruptive behavior will probably have moved elsewhere.”

See also  War of Ukraine Zelenskyi warned Russia: "Accession attempts will lead to sanctions that will make your country as poor as it was in 1917"

Due to the corona epidemic, existing restrictions prevented the organization of larger celebrations.

Helsinki police said the party was scheduled for half past twelve and a half. Most of the disturbance was caused by fireworks fired at cars and people. However, personal injuries were avoided.

Helsinki City Rescue Department tweeted from the beginning of the night before one o’clock that there had been an ordinary Friday night by that time. Serious fireworks accidents had also been avoided by then.

According to the police, the core venues for the celebration were, among others, the Civic Square and the Senate Square.

“Some disruption then came to the Station Tunnel when people got on the train,” said the Director-General, Commissioner Petri Juvonen Helsinki Police Command Center.

From the morning, the police had been offered a different disturbance gig, although there has been little disturbance in the center of Helsinki.

“Shortly before three, there has clearly been such a spike that apparently so much alcohol has been obtained that there is an even amount of disturbance in the flats and some on the streets,” Juvonen said.

“At first it even seemed to my eyes that there wouldn’t be a very large number of home alarms, but now there have been some.”

The night had been somewhat busier than the usual weekend, but according to Juvonen, the police have also had more resources than the normal weekend.

In Eastern Finland between nine in the evening and one in the early evening, there had been 145 police duties, including six assault-related duties. Most of the police had left for home alerts and disruptive behavior.

The Eastern Finland Police Situation Center told STT about four in the morning that the party was going as expected and that the situation had already begun to calm down after one early night. Since then, the police have had regular weekend duties.

Rescue services around the country reported bigger and smaller fires during the evening and night.

See also  Skiing Exaggerated fluoride cream may not be banned at the Beijing Olympics - "Yes, we have them," says Finland's lubrication manager

Many fire alarms had been caused by fireworks. The Helsinki Rescue Department, for example, said at nine o’clock in the evening that it had already put out six rubbish bins as a result of the misuse of fireworks.

Good rains fall on different regions of the country

Cycling Olympic mountain biking winner assesses why his teammate collided with the bus and was seriously injured: “Driving positions have become extreme”