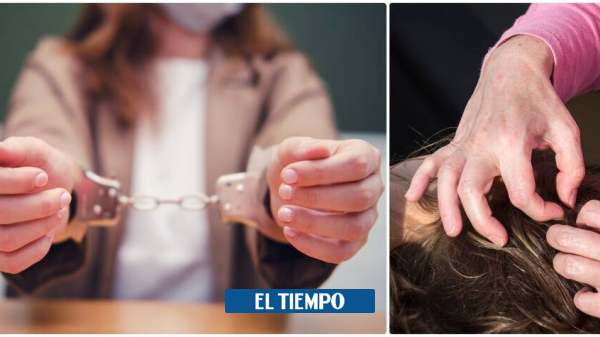 A nine-year-old girl was found dead in strange circumstances on June 22 in Tucson, Arizona (United States). Her face and hair were covered with insects, they were lice.

In the face of the tragedy, the question from the authorities was clear: Where were the adults in charge of the girl at the time of her death?

(You may be interested: They accuse a woman of murdering her husband and making empanadas with his meat).

Sandra Kraykovich, 38, is the mother and Elizabeth Kraykovich, 64, is the grandmother of the minor. As reported by the Police, evidence was found that both were negligent and allowed the girl’s condition to end in fatality.

What was the cause of the lice infestation?

(You can read: China says it has detected signs of extraterrestrial civilizations).

According to the documents issued by the court, cited by ‘The New York Post’, several text messages between the girl’s mother and her sentimental partner show their omission and neglect of the minorsince his health condition was critical since March of this year.

See also  A 13-year-old girl is beaten to death in Ecatepec, Edomex: she helped her grandmother sell candy

“OMG! Listen, I’m in my room and my mom called me. She asked me if she could check her (the girl) to make sure she is not dying“, can be read in one of them.

Sandra Kraykovich, 38, and Elizabeth Kraykovich, 64, were arrested in the death of their family member.

The man told his partner that he had to take the little girl to the hospital urgently, but she ignored him.

According to one of the other two children of Kraykovich, who will be taken into the custody of the authorities after the arrest of their mother, they tried to treat the problem with mouthwash.

(We recommend: ‘My baby was disfigured by our dogs. I blame myself.’)

For this reason, they were arrested and indicted on murder charges, since The autopsy determined that the death was due to anemia.

Doctors from all over the world have documented cases of anemia caused by lice, apparently the constant bites of the bugs on the scalp affected the girl for about three years. It was an extreme case.