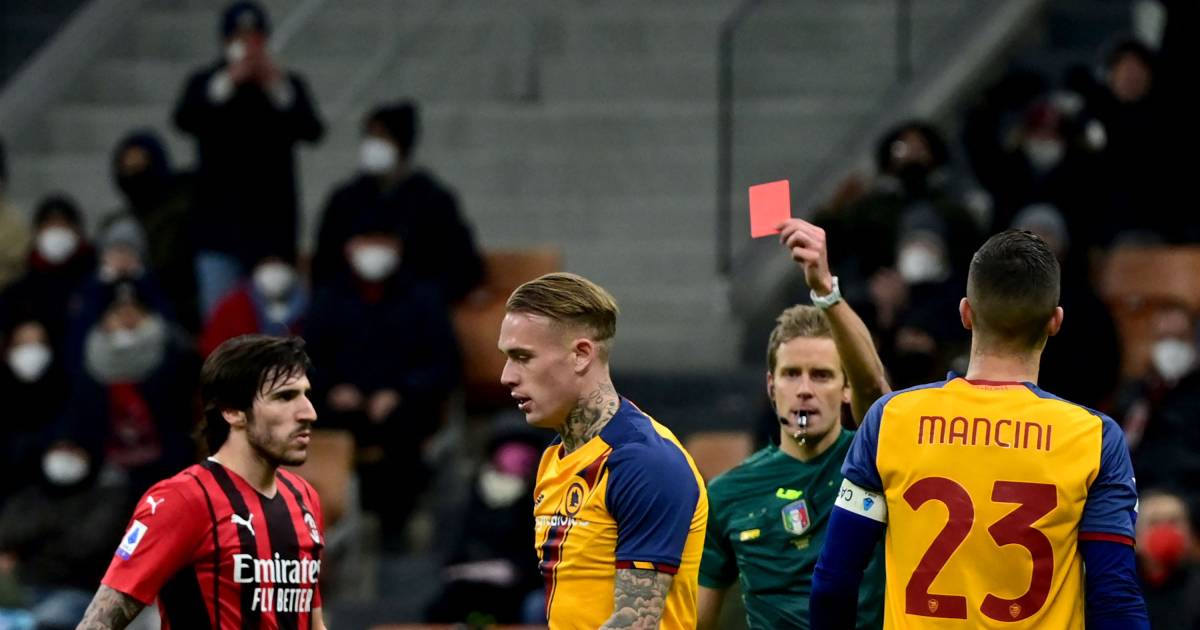 VideoRick Karsdorp played an unfortunate role at AS Roma tonight in the top match against AC Milan. The defender received his second yellow card more than fifteen minutes before the end. It was then 2-1 to Milan, who eventually won 3-1. Gianluca Mancini also had to leave the field with a red card in injury time.

Rick Karsdorp took Theo Hernández down from behind just outside the box. Referee Daniele Chiffi did not hesitate for a moment and drew a yellow card. Just before half time, the Dutch defender already received his first yellow print. Karsdorp misses the top match against Juventus due to his red card. The same goes for Mancini. He saw goalkeeper Rui Patricio save a penalty from Zlatan Ibrahimovic in injury time.

Olivier Giroud was successful from the spot, the Frenchman gave Milan the lead in the 8th minute. He hit the ball from eleven meters after the referee had found hands with Tammy Abraham after consulting the VAR. Giroud was also responsible for the second goal. His shot hit the post, on which Junior Messias was able to hit the rebound. Five minutes before half time, Tammy seemed to bring Abraham Roma back into the game. But after the red card for Karsdorp, Milan ran out via Rafael Leão.

See also  Datafolha: hunger hits 26% of Brazilians this end of the year

Thanks to the win, Milan is now only one point behind leaders Inter, which saw the game canceled this afternoon due to infected players at Bologna. Atalanta-Torino and Salernitana-Venezia were also canceled. Roma is now seventh.

Milan crashes Roma, the (provisional) top is now at -1

Correspondents – Fishermen in Galapagos, inflation in the US and a sports and social initiative in Cameroon