Icardi becomes a surplus at PSG: will he end up playing among the French amateurs? 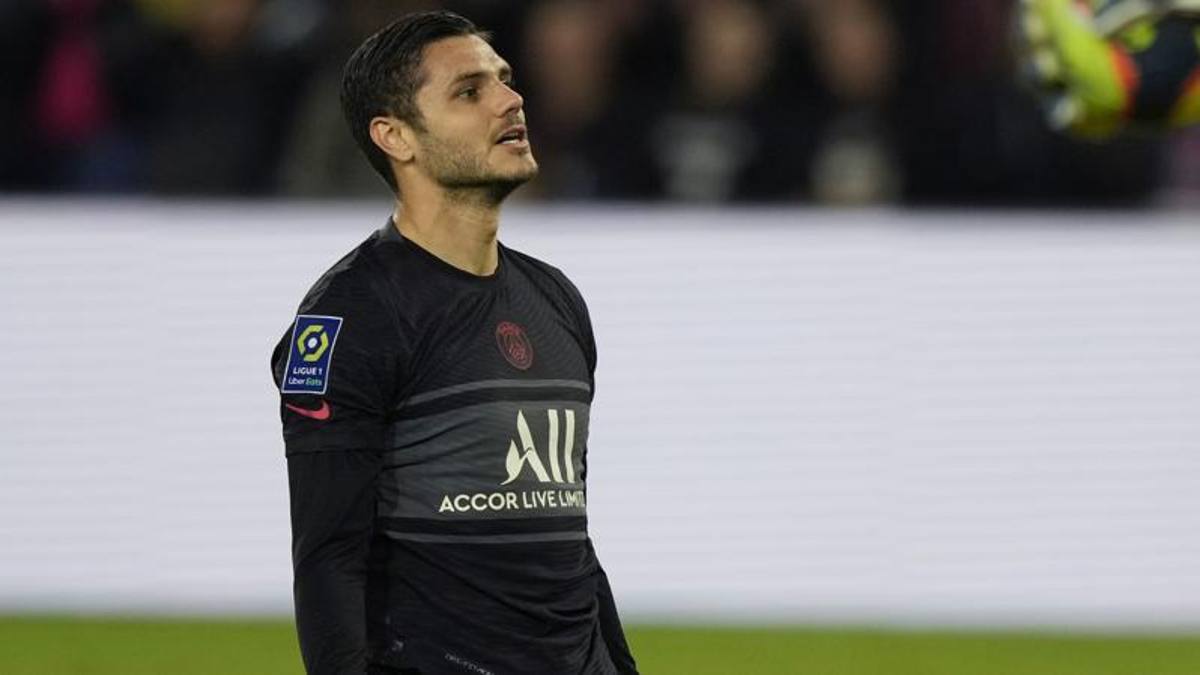 As of yesterday, the former Nerazzurri captain officially out of the first team to make room for the 20-year-old Ekitike. If he wanted to play, he could only do it with the Parisian team in the fifth division. Or, move elsewhere

From top scorer in Serie A to fifth division pitches, it is the career change that Mauro Icardi is likely to make, despite himself. The former Inter captain, in fact, since yesterday was formally included in the group of redundancies of the PSG, which welcomed him as the king of goals only three years ago. Today the Argentine is no longer part of the plans of the Emir of Qatar’s club which, according to the newspaper L’Equipe, could be forced to play the weekend matches with the team of the Psg association, in the fifth division, between the amateurs. Unless Icardi broadens the market views, even if so far only Berlusconi’s Monza would have come forward.

PSG, on the other hand, hopes to permanently get rid of all the players who are no longer part of the project of Christophe Galtier, the new coach who prefers Kalimuendo to Icardi. The young striker, however, is about to move to Rennes, which however does not offer guarantees to the former Nerazzurri. That yesterday he was sent to train with the various Herrera, Draxler, Kurzawa, Gueye and Kehrer. That is the group of “undesirables” that the PSG intends to download. For them there is only the prospect of training separately, at different times than the rest of the team, usually in the afternoon and with a different coach.

See also  'Piqué is not alone': tremendous support in Barcelona after separation from Shakira

But that’s not all. In fact, according to the Equipe, although Galtier keeps an eye on the redundancies, the club evaluates “for those who should remain the possibility of guaranteeing some football played with the National 3 team (the fifth division), managed by the Psg association” . A setback for players accustomed to big stages. And for Icardi in particular that three years ago, he arrived in Paris with the reputation of the ruthless bomber. Status that the Argentine managed to maintain, however, only for a few months, the time to score in bursts, throw out Cavani and sign the ransom on the initial loan, signing the contract until 2024, for 10 million net, bonuses included.

It was to be the beginning of a new kingdom, made up of goals and glory. But for Icardi then everything went wrong, between tensions with the various technicians, misunderstandings with the sports leaders, and a now clear protest from the fans. Thus, last June, President Nasser Al Khelaifi took the chair announcing his intention to make a clean sweep: “There are those who have taken advantage of the situation, that’s enough.” This is how the strategy of the group of separated at home was triggered. Icardi until yesterday had been excluded. Indeed, the Argentine had taken part in the summer preparations, but only because 20-year-old Ekitike, who arrived too late from Reims (on loan with a 35 million redemption obligation), could not go to Japan for administrative formalities. Icardi therefore climbed among the redundancies, after not being called up for the first championship.

A decision, that of denying him the call for the trip to Clermont, which does not seem to have shaken him much, given that the Argentine spent a couple of days in Ibiza, where at least he was able to exhibit his idyll with Wanda Nara. In recent days, in fact, a voice of his wife and agent broadcast on TV in Argentina revealed his intention to divorce. Icardi responded via social media, denying everything and posting images of kisses and hugs with Wanda who, however, will now have to evaluate what to do. So far, the former show-girl has ruled out any prospect of transfer a priori, unless a team comes forward offering the same signing. Or that the PSG liquidates the remaining salaries directly, releasing it. Perspective that in Paris they do not seem to want to take into consideration, preferring to insist on the path of persuasion, making it clear that for Icardi there is now the risk not only of training separately, but also of playing with amateurs on the weekend. A setback that could be avoided perhaps thanks to Monza, which tested the ground for a loan. Maybe Berlusconi’s club does not play in the Champions League, but it can offer Icardi the opportunity to regain confidence and a showcase in that Serie A where he was used to scoring in bursts.

See also  Former NBA player gathers his entire team and confesses that he is gay: video

Win tickets for the HISWA te Water with Suzuki Marine