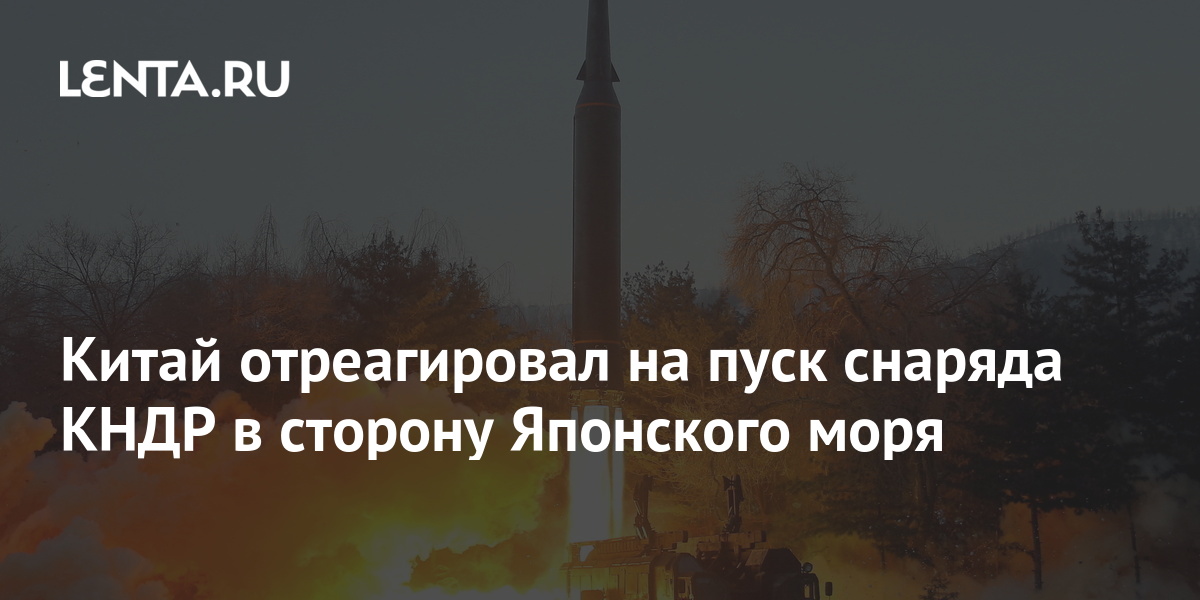 China urged the parties to be careful and not to jump to conclusions in the situation with the DPRK. So the official representative of the Ministry of Foreign Affairs of the People’s Republic of China Wang Wenbin reacted to the launch of a shell by North Korea towards the Sea of ​​Japan, reports RIA News…

The diplomat said that Beijing paid attention to the missile launch, the characteristics of the launch facility need further study. “The parties should not rush to conclusions and overreact,” he stressed.

The Chinese Foreign Ministry spokesman hoped the parties would be careful in their statements and actions. He recalled the importance of joint efforts to ensure peace and stability on the Korean Peninsula.

Earlier it became known that the DPRK launched an unidentified shell towards the Sea of ​​Japan. Presumably, a ballistic missile was fired. It fell outside the exclusive economic zone of Japan. In connection with this incident, five countries requested the United Nations Security Council (UNSC) to hold closed consultations.

She was headed for her new life, but she escaped and returned to what she considered to be her only happy place in the world.

USA: Merck asks for authorization for emergency use of drug against covid – ISTOÉ MONEY