Zyuganov gave Putin advice on Donbass and the United States 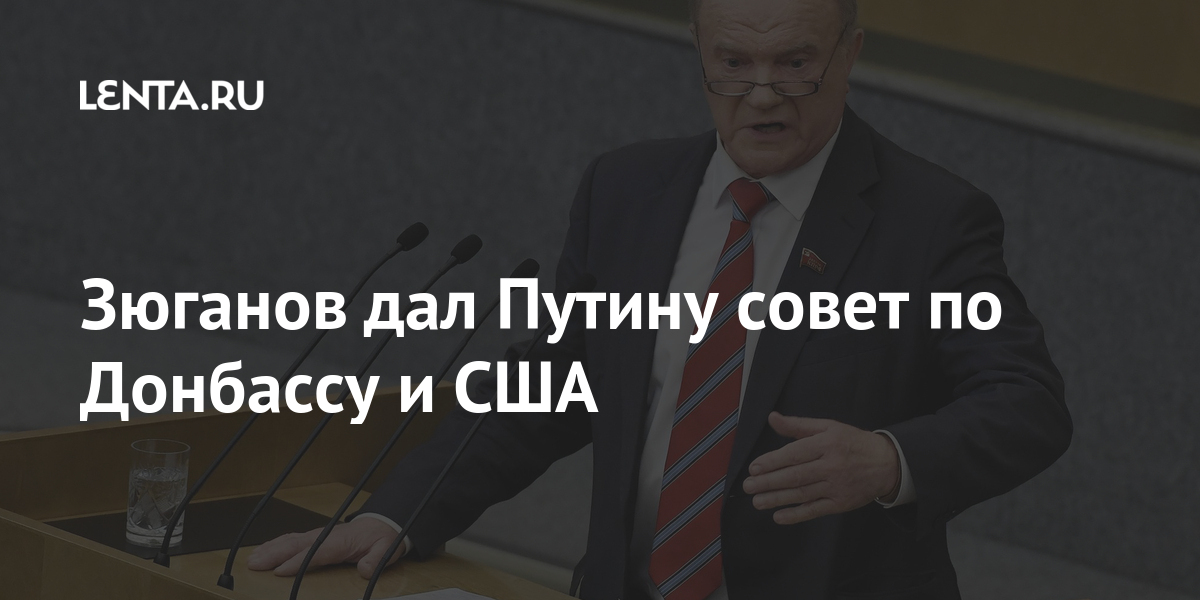 Russian President Vladimir Putin should help Kiev break out of its dependence on the United States and support the self-proclaimed Luhansk and Donetsk People’s Republics. Such advice to the Russian leader was given by the leader of the Communist Party of the Russian Federation, Gennady Zyuganov, writes Svobodnaya Pressa.

“It is necessary not to curse the fraternal people in trouble, but to help them escape from the clutches of American scoundrels: the Tsereushniki and Banderaites! Tell them that you will strengthen ties with fraternal Belarus, that you will support Lugansk and Donbass! ” – said the communist, commenting on Putin’s response to criticism of US President Joe Biden in his address.

Zyuganov believes that in the current situation, the head of state should not “humiliate himself to an altercation with Biden,” but rather deliver a message to the nation. Also, according to the politician, the cancellation of the pension reform will positively affect the rating of the authorities.

Putin responded to Biden’s statements with the phrase “whoever calls his name is called that.” According to him, people always see their own qualities in another person. The Russian leader wished his American colleague good health.

Biden said in an interview with ABC that he wants to hold the Russian authorities accountable for alleged interference in the US elections. The American leader spoke about his conversation with Putin and added that he would “pay” if he was found guilty.

The State Duma, the Federation Council and the Foreign Ministry criticized Biden’s statement. The Kremlin noticed that this has never happened in history. The head of Chechnya, Ramzan Kadyrov, called the American president dangerous for all mankind.

Flagging Two new flagging days on the calendar: Finnish nature and Miina Sillanpää will be celebrated from 2023 onwards

Egypt .. the birth of a child without a belly!