Zumba, gift and the letter ‘from the militancy’ that Luana Volnovich read to Alberto Fernández in an official act 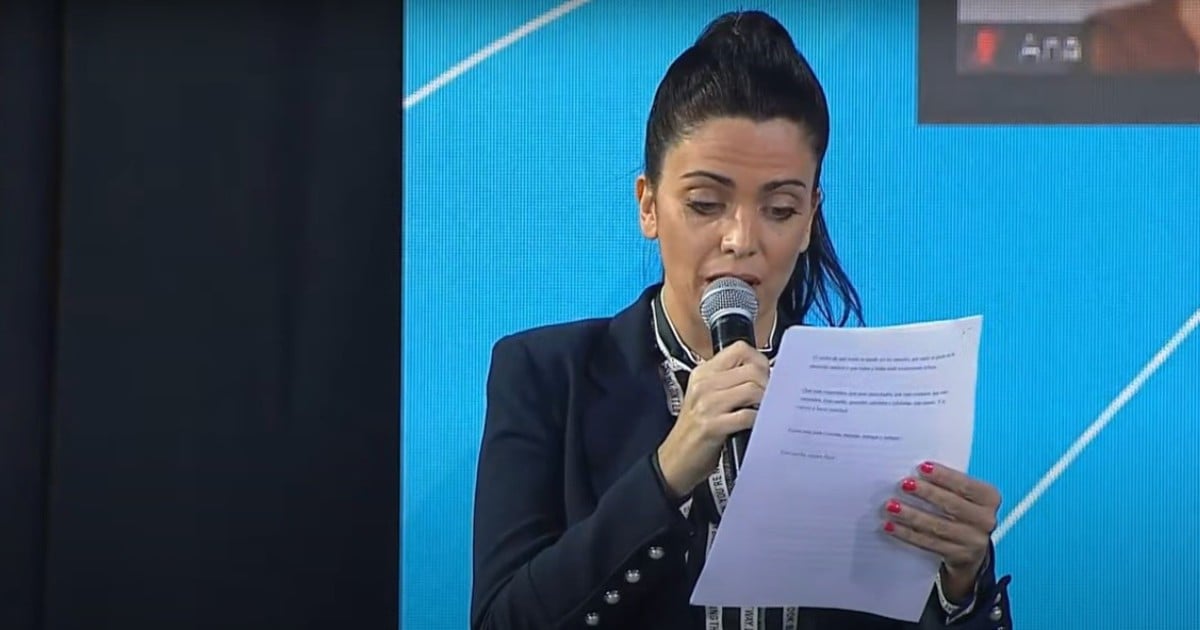 In a ceremony with Axel Kicillof and four possible candidates for the 2021 elections, Alberto Fernández announced this Tuesday a bonus of up to 5,000 pesos for retirees. There, Luana Volnovich -one of the people who ring to participate in the elections- he read a letter that he presented as “from the militancy” signed by the “PAMI team”, which she commands.

“If you allow me, Alberto, today i am the voice of collective effort and of the militancy that is needed to carry out PAMI. And from the team we wanted to read you a letter. Can I, Alberto? “, Asked the camper officer to the agent.

They were little more than five and a half minutes in which the head of PAMI, page after page, criticized Mauricio Macri, reviewed the last two years of the organization and praised Alberto Fernández as “the President of the elderly.”

After thanking Martín Insaurralde, local mayor, for the invitation, Volnovich broke the ice with an anecdote. “The last time I came to Lomas de Zamora I danced zumba in a retirement center, “he recalled.

Before returning to his chair and leaving his turn to Fernanda Raverta (head of the ANSeS), Volnovich exchanged a few words with the President and He gave him the letter. It seemed like it was Fernández who asked it.

“Why are PAMI workers writing a letter today?” Began the reading of the La Cámpora reference. And he proposed: “Lets travel in time”.

“Two years ago there was no pandemic, but did we have a normal life? Not really. Our lives had been disorganized. The country was ruled by Macri, but our lives were governed by the rate “, said the head of PAMI, in a plural that included retirees and pro-government militants at the same time.

He recalled “the ranks in the PAMI agencies” as “a valley of tears” and said that “one of four affiliates could not buy all the medicines indicated by the doctor.”

Volnovich remarked that “in one society that values ​​only the young, the new, the latest, that rejects the experience, Alberto recognized a silent suffering and heard a murmur underground. “

A few lines later, he took the opportunity to attack Macri again.

“Macri left, the pandemic came. But older adults already had their own President: the President of the elderly “.

Already at the end, he was deluded: “Vaccinated, without the burden of debt, we can begin to travel the path that will lead us to our dream. The dream that no one is left without remedies, without medical attention, that they be heard, valued. This dream, dear retirees, is intact and we are going to make it come true. “

“What Cristina asks us, ‘work, work and work‘”, he stressed.

And he said goodbye: “With love, the PAMI team.”

Volnovich’s militant letter campaign dye an official act that already had a pre-election excuse. There are still no definitions of whether the camper will be part of a list to compete in Buenos Aires, but – like the mayor of Lomas de Zamora, Martín Insaurralde – is the second act in a row in which he takes the floor next to the President.

Luana Volnovich was one of the figures who accompanied Alberto Fernández in the announcement of the bonus of up to 5,000 pesos, to be collected in August, for retirees who receive an equivalent of up to two minimum salaries.

The presence served to test some of the members of the Frente de Todos who can run for the 2021 elections. In addition to the head of PAMI, there were Raverta, Insaurralde, the Buenos Aires governor Axel Kicillof and Gabriel Katopodis (Minister of Public Works, who followed from the box).