Zubimendi or Pozo, alternatives to Busquets in the Eurocup 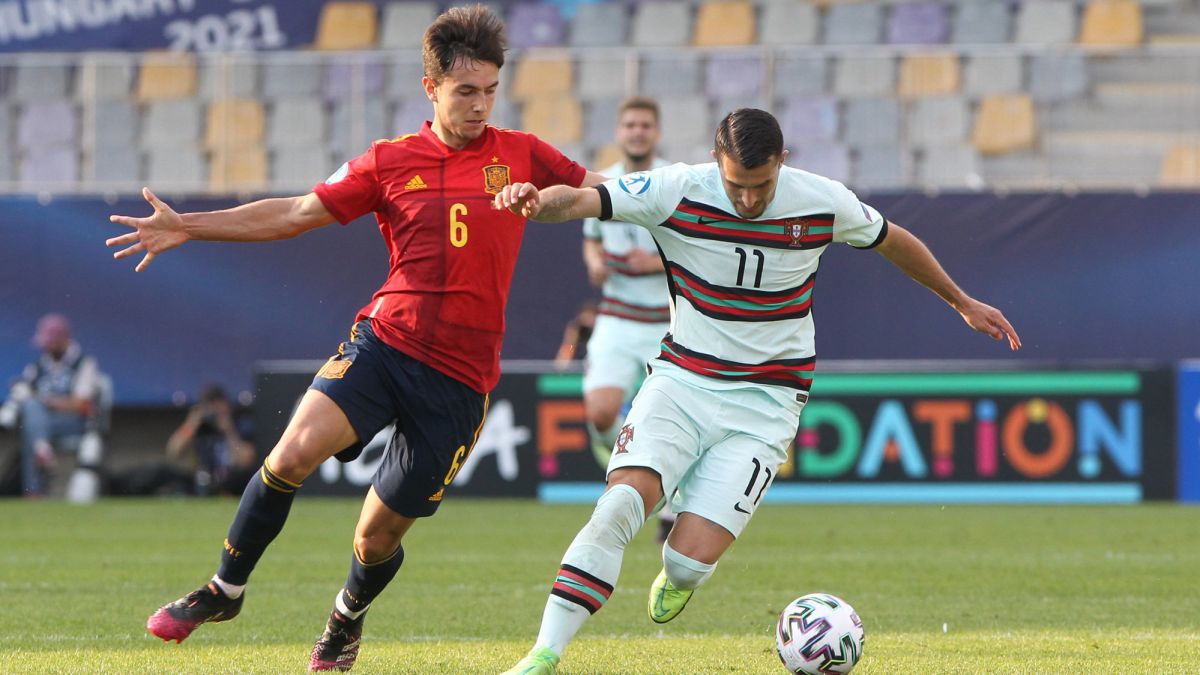 Spain Under-21 is Luis Enrique’s option to cover possible losses from the Absolute. This was stated by the coach when he gave the list of 24 summoned, since La Rojita arrives with a rhythm after having reached the semifinals of the European Championship that ended last Sunday with a victory for Germany.

At the moment, the position of the Federation is to wait for Busquets, who traveled to Barcelona yesterday in a medicalized car after confirming his positive. But if the captain does not finally make it to the Eurocup, there are two names that are at the top of the list right now: Martín Zubimendi (Real Sociedad midfielder) and Alejandro Pozo (Eibar’s right back).

In Luis de la Fuente’s list for this Tuesday’s match against Lithuania there is a novelty: Alejandro Pozo. The right-back of Eibar is the only one of the 20 mentioned who was not at the European Championship, since he arrived very right after an injury he suffered in the final stretch of the League and De la Fuente opted for Óscar Gil. However, now he has been called up for the friendly so that Luis Enrique has this alternative in case Busquets does not arrive. With this option Marcos Llorente would return to his natural position in midfield and Pozo would be Azpilicueta’s substitute.

The other option, the one that has sounded louder so far, is that of Martín Zubimendi. The one with the Royal Society he was the most outstanding of Spain in the two games that La Rojita has played in the decisive phase of the championship (quarterfinals against Croatia and semifinals against Portugal). He made two magnificent matches, showing that he has come into this part of the season in a sweet moment of form. If he were chosen in the absence of Busquets, the call would remain the same as far as demarcations are concerned, because he occupies the same role as Barça.

The U21 season will not end when the friendly match against Lithuania ends. A group of players will stay training in Las Rozas, with the aim of replacing the members of the Absolute in the Eurocup. There is panic in the Federation that the outbreak will spread after the positive of Busquets and that is why they want to have the U21 internationals prepared for any new setback.