‘Zoom escaper’, the application to escape from that endless meeting with an unappealable excuse 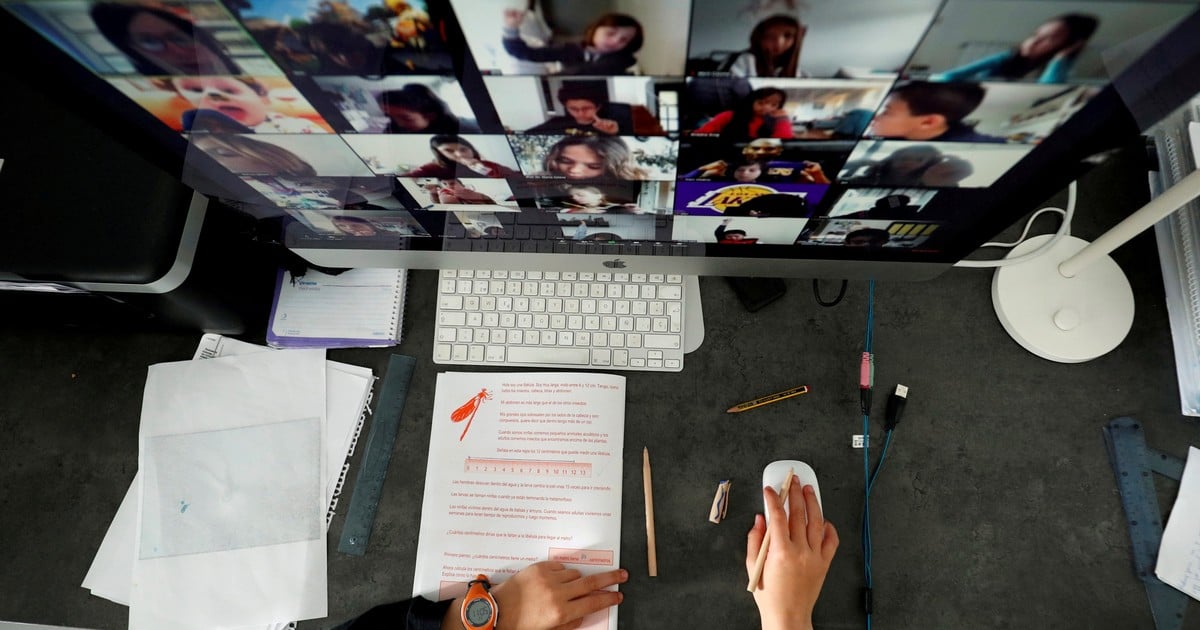 We all ever experience it. A 20-minute Zoom meeting is starting to hit 50 and doesn’t look like it will end anytime soon. Go around the same subject without resolving the subject for which everyone was summoned: for that it was developed “Zoom escaper”, an application to have a good argument to leave.

Created by developer and artist Sam Lavigne, Zoom Escaper is a web application that uses another application called VB-Cable to play a series of effects that might help you excuse yourself from a Zoom meeting.

These effects include the sounds you might get from a bad connection and echo, but also some creative ones, such as “fussy baby”, “dogs”, “urination” or even “crying man”.

Thus, the idea is to be able to leave without guilt but also with an excuse that gives you a little more in a way that wants to leave.

The problem is that using the Zoom Escaper requires installing a software called VB-Cable and then adjusting some settings. To crown the system, whoever uses the Zoom Escaper does not hear the annoying noise, but the rest do, which can make the situation unbearable. And there we have the excuse to leave.

Various specialized sites recommend not using this program: “To be clear, we do not recommend any of this. Sabotaging Zoom meetings is not pleasant. Using untested software from a single developer (although the source code is available, which is good) is not the best of ideas either, especially since it requires another application to run, “they explained from Mashable.

However, creativity on the web seems to have no limits.

Zoom quadrupled its annual turnover in 2020

Video conferencing application Zoom Video Communications posted net attributable profit of $ 671.5 million between February 2020 and January 2021, which means multiplying by 31 the gains of 21.7 million dollars recorded by the company in the previous year as a reflection of the boost in its activity by teleworking and the social distancing measures applied to contain the coronavirus pandemic.

Zoom’s revenue for its fiscal year as a whole increased 326% year-on-year, to $ 2,651.4 million, more than four times the turnover of the company in the previous year.

Between the months of November 2020 and January 2021, the fourth fiscal quarter for the company, Zoom obtained an attributable net profit of 260.4 million dollars, compared to the earnings of 15.3 million dollars for the same period of the previous year.

Zoom’s revenue in the fourth quarter of its fiscal year reached $ 882.5 million, an improvement from 369% in comparison with your income from a year earlier.

At the end of the fourth quarter, Zoom had around 467,100 corporate clients with more than a dozen employees, representing growth of the 7.7% compared to the three previous months and 470% in twelve months.

Looking ahead to the current fiscal year, Zoom is confident of raising its annual revenues to a range of between 3,760 and 3,780 million dollars, including a turnover in the first quarter of between 900 and 905 million dollars, while the diluted earnings per share for the entire year will range between $ 3.59 and $ 3.65.

Restaurant phenomenon The ghost kitchen chef makes dishes from eight different restaurants – Is this the future of the restaurant industry?