Zizou is waiting for the roosters. 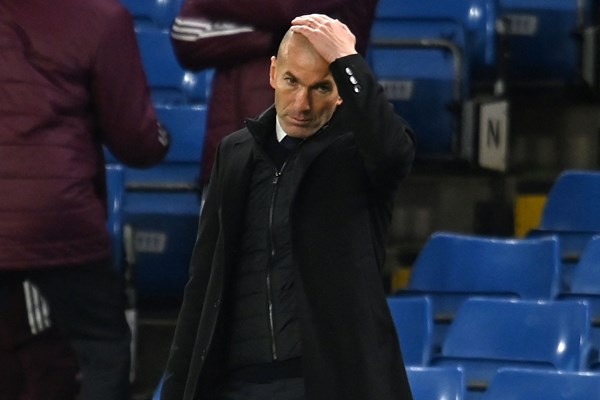 It seems that French star Zinedine Zidane, the former coach of Real Madrid, no longer thinks of anything other than the France national team, and that he is ready to wait until the contract of his colleague Didier Deschamps, the current coach of the Duke, ends at the end of the 2022 World Cup.

Information published by the newspaper “L’Equipe” indicates that Zidane has resolved this issue, and that he is already ready to remain without work until the end of Deschamps’ contract.

The newspaper said: Zidane, the 1998 World Cup champion, does not currently want to train any club. Rather, he rejected more than one tempting offer from English, Asian and Gulf clubs.

The newspaper added, quoting a close friend of Zizou, that this French coach, who led Real Madrid to win the Champions League 3 consecutive times, is still emotional in his choices, and there are four choices that represent his first priority, which is Bordeaux, his first club, and Juventus, his club. The second, Real Madrid, his third club, and his country’s national team.

The newspaper quoted this friend as saying: The early exclusion of the French national team from the Euro 2020 tournament saddened him a lot, because the “roosters” are in his mind and heart, and he does not stop following the team closely all the time, and is ready to do anything for the French national team, as He proved it in 2005, when he came back from international retirement, when the national team requested him.

The newspaper revealed that Zidane is in constant contact about the national team and receives a lot of information about him, without asking for it, and that he is aware of everything.

And the newspaper continued, saying: “Zizou”‘s desire to lead his country has become more clear than ever before, as it is a dream that may come true as the closest candidate to succeed Deschamps, and even Noel Legret, president of the French Football Federation, admitted before the start of the Euro Championship that Zidane will be the man of the stage After Deschamps.

He added, “If the current coach retires, Zizou will be the first person I offer to lead the national team, if he is available at the time and does not coach any club.” The newspaper concluded its report by saying: This is how the 1998 World Cup champion became a player ready to take on a new challenge as a coach, after he left the national team as a player in 2006, following the famous “got” he addressed to Italian defender Materazzi in the World Cup final in Germany.