Zhirinovsky urged to limit the number of children in families 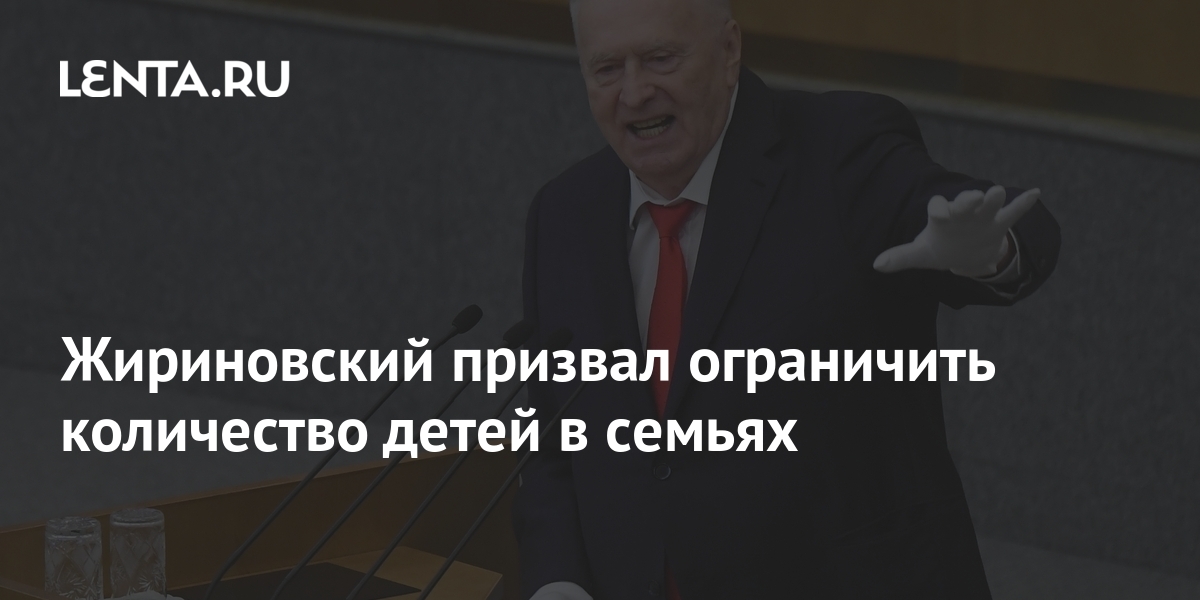 Humanity needs to strive to ensure that each family has only one child, then the growth of population on Earth will stop, and everyone will live well. To this in his Telegram-channel called the chairman of the Liberal Democratic Party Vladimir Zhirinovsky.

He cited the example of China, where families were allowed to have three children. According to the politician, Beijing thinks only about technical issues: who will work and who will replace the retired. “But the leadership of both China and other countries should proceed primarily from the interests of women, and not just the economy. <...> And the Chinese leadership says: “Let’s give birth!” That is, he wants to turn a Chinese woman into a manufacturer of “human units”, “Zhirinovsky added, noting that” the population itself does not want this. “

The second is not superfluous

What will the abolition of the “one family, one child” rule in China lead to?

If there is one child in families, a billion or 500 million people will remain on Earth, and they will live well, the deputy says.

“And if China and other countries with huge populations continue the policy of stimulating the birth rate, then in the middle of the century there will be ten billion people on the planet, and what are we going to do with them? Where to get water, food, housing, raw materials for the production of goods for everyone? ” The politician asked.

In this case, in his opinion, the planet will suffocate from harmful emissions and wars, and millions of people will starve and be in poverty. “We do not want such a future for humanity,” concluded Zhirinovsky.

It became known in May that Chinese families were allowed to have three children. It was reported that this would be a significant change in the country’s domestic policy.

From 1979 to 2015, the Chinese authorities carried out a demographic policy of “one family – one child.” Since the beginning of 2016, the citizens of the country have been allowed to have two children. Since the 1970s, Beijing has been legally limiting family size, as authorities see huge population growth as a problem, overwhelming land, water and energy resources.