Zemfira filed a lawsuit against Grishkovets, who called her a drug addict 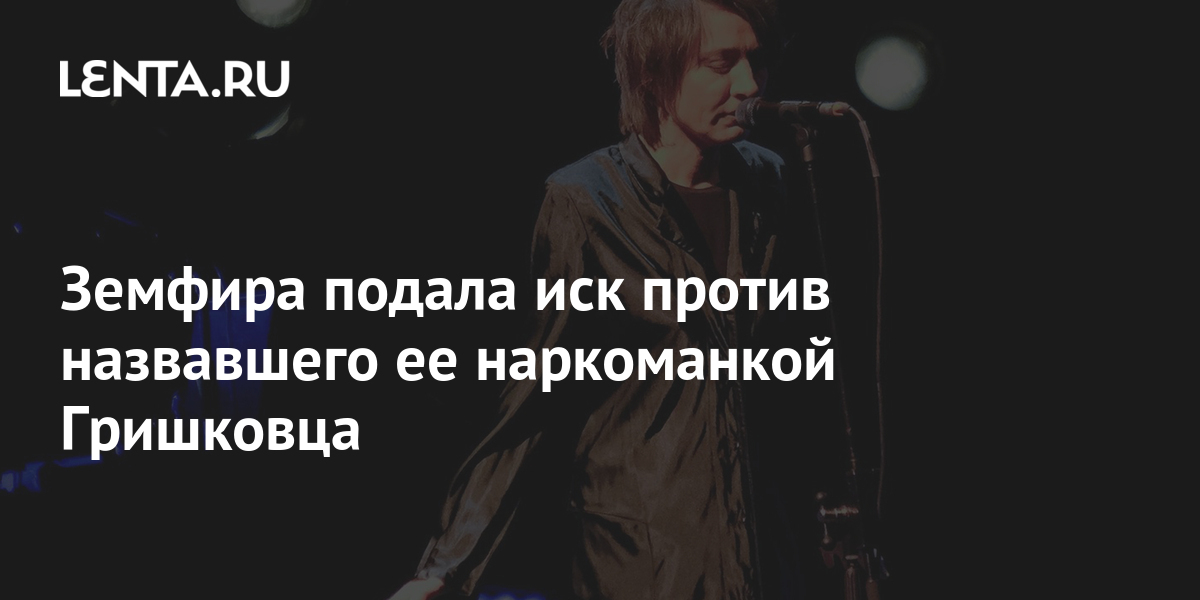 Singer Zemfira filed a lawsuit against the writer Yevgeny Grishkovets, who called her a drug addict. This is reported by the Dozhd channel, involved as a third party.

It is clarified that the artist requires 1.5 million rubles. The reason for her appeal to the court was the broadcast of the program “Bi Koz” – in it Grishkovets spoke about the last album of the performer “Borderline”. “When a person allows himself everything, when he decides the question“ I can do everything, ”I can pull out of myself anything, everything without exception: all my drug nightmares and all my drug egoism and lay it out to those people who have been waiting for eight years at least something, ”the writer said. He added that Zemfira records “drug addict songs” because she is a drug addict.

The lawsuit filed by the singer says that Grishkovets’ words are “defamatory.” The document states that they negatively affected the reputation of the artist, who began to suffer from insomnia and nervous breakdowns. Zemfira also demanded that Grishkovets refute everything that was said on the air of Dozhd.