Zelensky wants personal meetings with the leaders of the Normandy Four 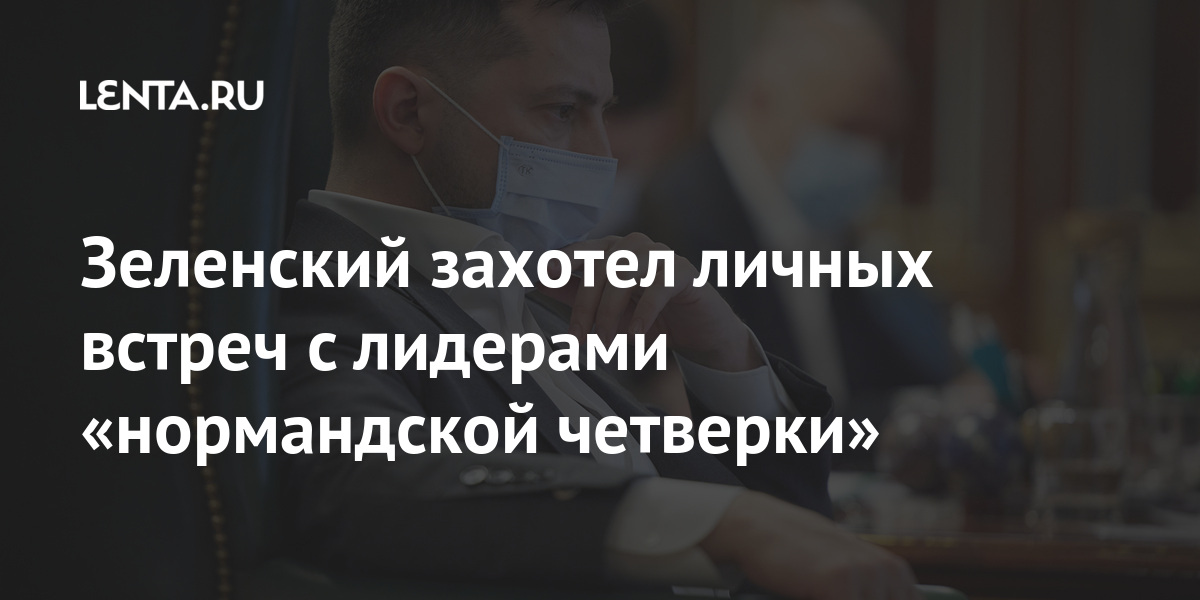 The timing of the new Normandy Four summit should be determined in the near future. This was stated by the President of Ukraine Volodymyr Zelenskyy at a briefing after a meeting with his Lithuanian counterpart Gitanas Nauseda, reports TASS…

According to Zelensky, now work on the organization of the meeting is being carried out at the level of advisers to the heads of state included in the negotiation format. The Ukrainian leader also recalled that he would like to hold personal bilateral meetings with the leaders of Russia, France and Germany in the event that the general summit for some reason does not take place.

Zelenskiy has previously stated that he is ready to hold a personal meeting with Russian President Vladimir Putin.

In January, a Normandy format meeting was held in Berlin at the level of advisers. The results of the negotiations in Russia were characterized by the phrase “there is nothing to boast about.” In early March, the Ukrainian side announced that it was preparing to submit a new plan for resolving the conflict in Donbass, but later the representative of Kiev, Leonid Kravchuk, clarified that there was no talk of a plan, there were only a number of proposals.

The last Normandy Four summit took place in December 2019 in Paris. As a result, Russia, Ukraine, France and Germany agreed that Kiev should prepare new areas for the disengagement of troops on the line of contact in Donbass within a few months. The parties also signed a communiqué, according to which the Minsk agreements are recognized as a non-alternative plan for resolving the conflict. However, Ukraine soon began to demand the revision of the document.

Test drive Audi E-Tron GT: like a Porsche and yet completely different

FAZ exclusive: Three more members of the supervisory board are leaving Commerzbank