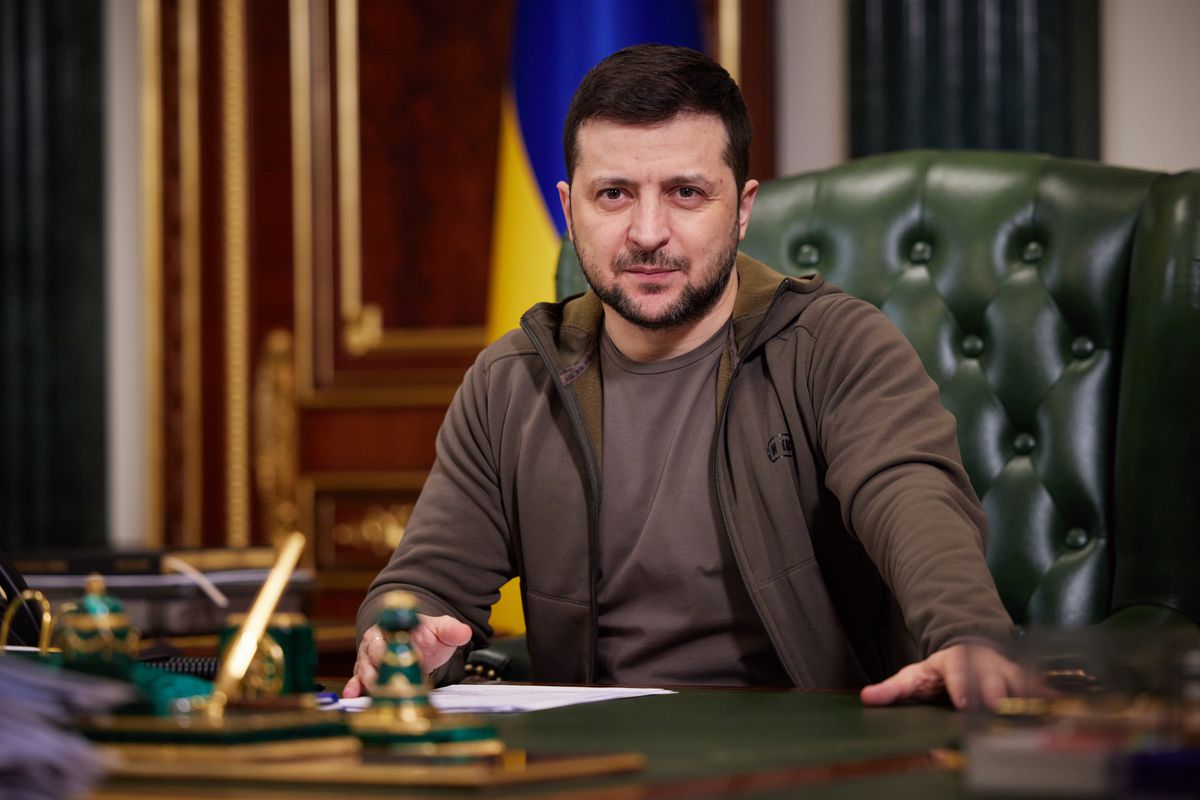 The young Jew Volodymyr Zelensky must know the epics of the Bible. Two characters stand out in it, the Hebrew Moses, who saves his people from Egyptian slavery, and the shepherd David, who kills the giant Goliath with a slingshot. Two characters with whom he somehow identifies. They are two ancient myths that have reached meanings over the centuries that have left their mark on history.

The president of Ukraine is today perhaps the best-known politician in the world and at the same time the most loved and admired for the courage he is showing to save his people from the slavery to which the Russian satrap Putin is trying to condemn him.

It is difficult for there to be a politician in the world today capable of being not only admired but also loved, given the loss of prestige in which classical politicians who appear more focused on their own interests than on resolving the dramas that their peoples are experiencing have fallen. Hence the astonishment of seeing the hitherto unknown President Zelensky not only exalted and loved by the simplest people, but even by the most powerful politicians in the world. Just remember, days ago, the images of the United States Congress, today still the most powerful country in the world, applauding the young leader of a country on the periphery of the world. That gesture of applauding him standing before and after speaking was repeated by the members of the German Parliament, the most powerful country in the European Union.

And it is that Zelenski has revealed a language and gestures to which the old worn-out politics of the world had unaccustomed us. Little David and the new Moses does not speak of violence, nor does he utter empty, hackneyed words, without a soul, but instead evokes the liberating utopias and dreams of hope and resurrection that we all carry within. It reminded US congressmen of the prophetic figure of Martin Luther King and his famous phrase “I had a dream”, the dream of reconciliation between blacks and whites, that of equality and harmony.

That in the midst of the war that sows his country with corpses, Zelensky wanted to evoke the dreams of the prophets and liberators of History instead of pronouncing words of hatred or revenge, has made it possible for millions of people to see that politician under the prism of liberation from slavery and the harmony of peoples.

With the German congressmen, little David from the Ukraine spoke calmly but severely. He told them that they, who had been able to bring down the fateful Berlin Wall, should now fight to prevent new walls of hate from trying to divide Europe. And he asked them, without shouting, almost like a plea: “Tear down this new wall.” And the Germans, little taken to easy emotions, applauded him standing up.

Zelenski, who came to politics from the boxes of comedy, an unknown actor, is revealing himself to be a world hope not only in the face of a war that, instead of fleeing, he has fearlessly faced with his family . He is one of those heroes who, as my colleague Berna González wrote in her column for this newspaper, have ways of “winning the war by losing it.” Bern wonders who will win this war and replies, I think prophetically, that “in a matter of hearts, Zelensky has won even if he dies, and Putin has lost even if he wins.” And an editorial in EL PAÍS published a few days ago stated that any peace process in Ukraine “must have the young Ukrainian President as the protagonist capable of deciphering the balance between the resistance of the Ukrainians and the conditions of a ceasefire agreement” .

The new war that has the world in alarm can no longer do without the little David of politics, who must face the Russian giant, who, like Goliath, feeds the myth of being able with his hands and his physical strength to face the beasts. The language of blood and contempt of the Russian despot, whose last pearl has been that his opponents “must be spit out like flies that enter the mouth”, contrasts with the liberating words of the little biblical David, who with a simple slingshot and a Chinese killed the mighty giant Goliath who was mocking him.

See also  Can you trust intelligence in a war?

Nobody today with a minimum of sense is capable of prophesying how this senseless war will end in a country that, for good reason, decides to invade another and seize it. As no one is able to imagine what the end of the new Ukrainian politician may be. It is possible that he will die or be eliminated before the war is over, as the biblical Moses died before seeing his people freed from slavery reach the Promised Land of Cana in Galilee, but despite this his legend occupies four of the first books of the Bible.

Of the new Moses Zelenski we will have his prophetic words and love for his country, which he continues without abandoning. His cry that the war against his people “is a brutal offensive against our desire for happiness, from which we do not intend to give up,” already places him in the annals of the great heroes of history who ended up sacrificed to defend their dreams of hope and Liberty.