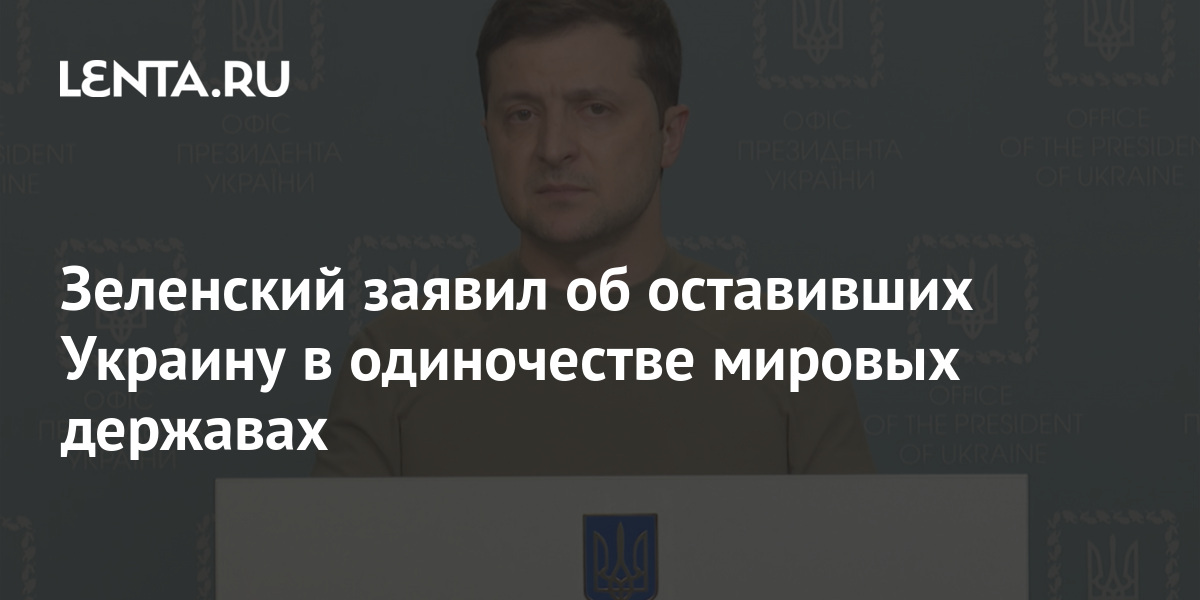 President of Ukraine Volodymyr Zelensky called the sanctions imposed against Russia insufficient. His video message was published in Telegram.

According to Zelensky, Ukraine defends itself alone, the world is watching from afar. “Did yesterday’s sanctions convince Russia? We hear in our skies and see on our land that this is not enough,” the Ukrainian leader said.

Zelensky also said that sooner or later a dialogue will begin between Russia and Ukraine on the cessation of hostilities.

Earlier, the President of Ukraine announced a general mobilization in the country, which should be carried out in 90 days. He also headed the headquarters of the supreme commander.

The head of the European Commission, Ursula von der Leyen, said that the European Union would impose sanctions against strategic sectors of the Russian economy against the backdrop of military operations in Ukraine. The EU will freeze Russian assets and stop the access of Russian banks to the European financial market. The sale of all aircraft, spare parts and equipment to Russian airlines will be prohibited. In addition, according to von der Leyen, energy sanctions will “make impossible” the modernization of Russian oil refineries.