Zelensky discussed the situation in Donbass with the UN Secretary General 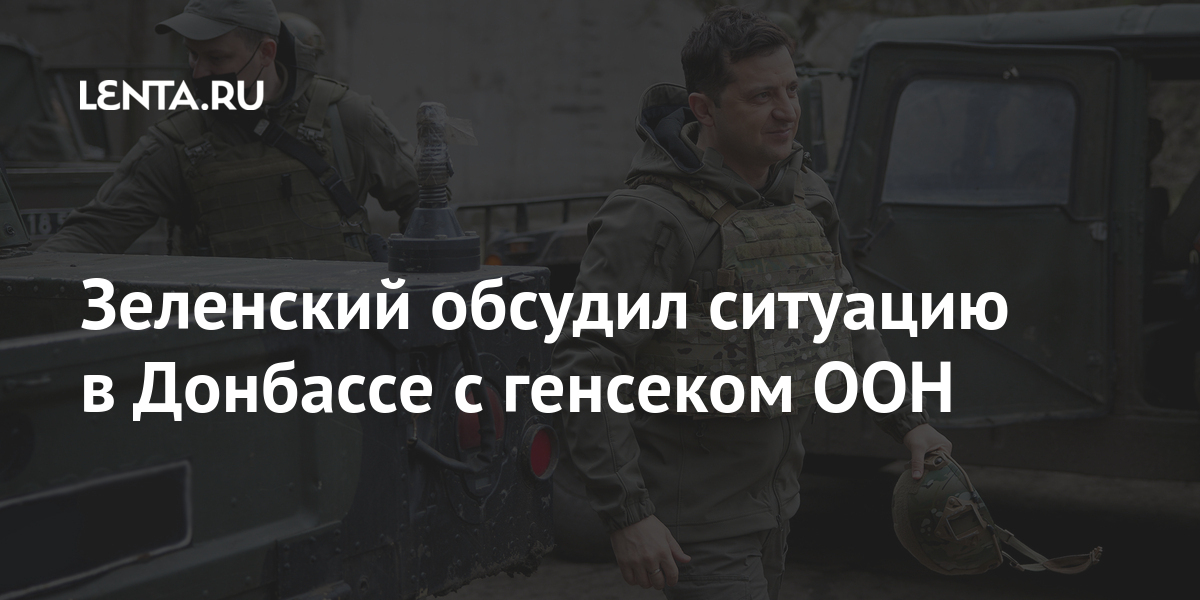 President of Ukraine Volodymyr Zelenskyy said in Twitterthat he discussed with UN Secretary General Antonio Guterres the fight against the coronavirus pandemic, Crimea and the situation in Donbass.

The head of state described the topics announced during the talks with the UN Secretary General as “modern challenges”. He stressed that the fair distribution of COVID-19 vaccines among all countries in the world is important, and the Crimean Platform created earlier will contribute to the return of Crimea to Ukraine.

“Another challenge is the establishment of peace and the restoration of Donbass after the de-occupation,” Zelensky wrote. He also thanked Guterres for supporting the territorial integrity and sovereignty of Ukraine.

The territorial conflict in Donbass has been going on for more than seven years. In April 2014, the Ukrainian authorities launched a military operation against the DPR and LPR, which proclaimed independence from Kiev after the change of power in the country. In 2015, the Minsk agreements were signed, which imply the granting of a special status to the region and the holding of local elections.

In July 2020, an indefinite ceasefire was declared in Donbass, agreed within the framework of the Trilateral Contact Group (TCG) by representatives of Moscow, Kiev and the OSCE. Its violation is periodically stated by all parties to the conflict.

The #ALasAulas campaign insisted on being present: 'It must be the rule'

The human need to say goodbye