Zelensky called the return of Crimea a matter of time 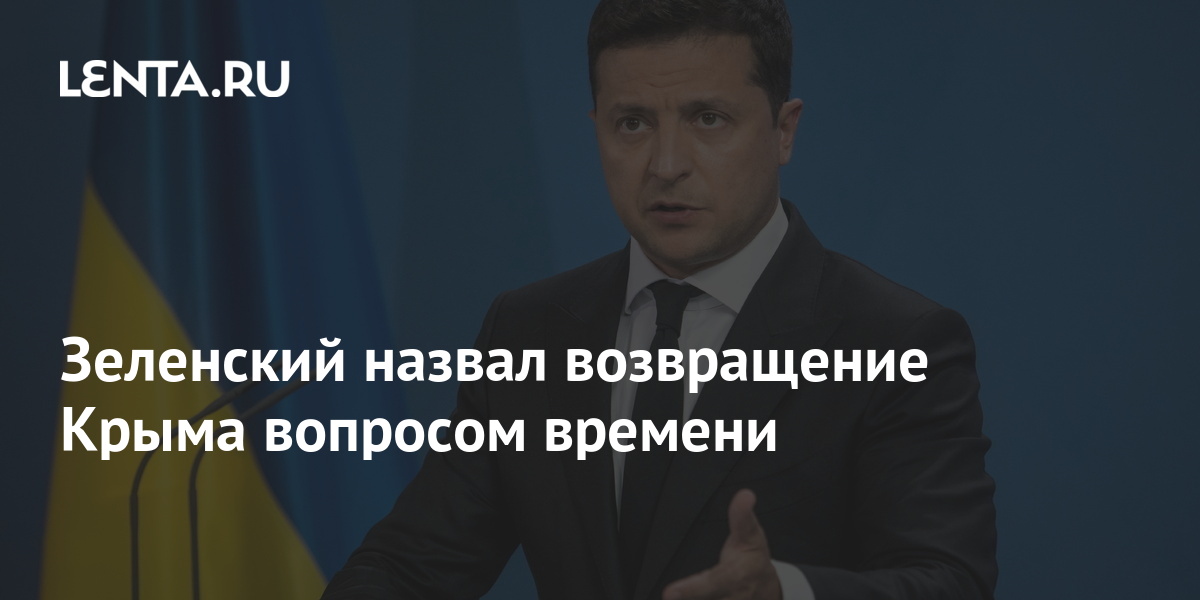 Crimea will never be Russian territory, its return is a matter of time. About this in an interview with the TV channel “Dom” (a state channel broadcasting in Russian for the uncontrolled territories) stated President of Ukraine Volodymyr Zelensky.

According to him, Russia will not be able to love Crimea as much as Ukraine. “This nature is unique for you. For you, this is the sea, this is childhood. For you, these shells are delicious, and when you eat these shells, I’m looking, and where is the sand. Because in childhood it was like this – on the teeth. It is impossible to graft. It’s mine. I know this Crimea. It’s me, I lived there. This is my land, this is not their land, ”the Ukrainian leader said.

Zelensky believes that Crimea and Donbass are foreign territory for Russian citizens. “At least rewrite history, at least rename all the cities, Yalta and so on. Erase this story. This is impossible. All of them will return to their homes, ”the head of state concluded.

Earlier, Zelensky announced his intention to return Crimea to Kiev’s control with the help of the international “Crimean Platform”. The President of Ukraine intends to discuss measures to implement the plan at the summit on August 23, on the eve of Ukraine’s Independence Day, to which he invited representatives of the United States, Canada, Turkey, Great Britain, and the countries of the European Union.