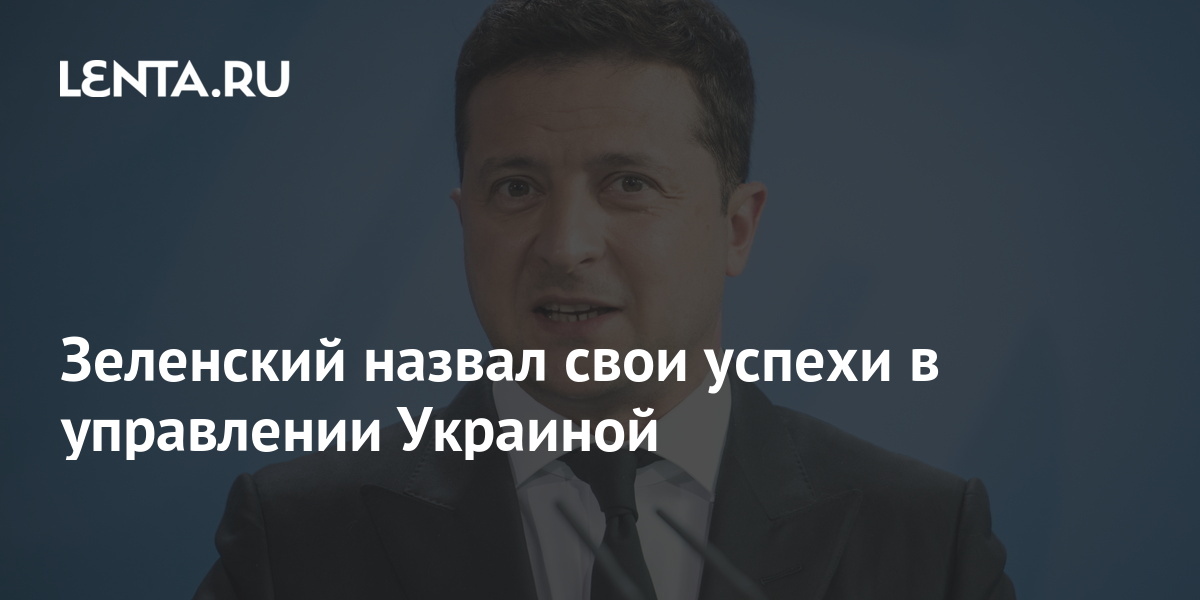 President of Ukraine Volodymyr Zelenskyy listed his key achievements as head of state. The politician attributed to them the subjectivity of the republic, the development of its infrastructure, as well as a powerful army. Zelensky spoke about this on the air of the “Right to Power” program on the TV channel “1 + 1”…

Zelenskiy named three main achievements he has achieved in governing Ukraine. He considers his success the country’s movement towards subjectivity – an independent life in which the country’s policy is not influenced by external players. According to him, it is wrong when citizens complain that at first they were “under the influence of some, then others, and still others.”

According to the head of the republic, the forum “Crimean Platform”, which took place on August 23 in Kiev, also contributed to the process of “subjectivization”. The summit was attended by delegates from 46 countries, including nine presidents. The participants in the meeting signed a declaration in which they condemned the “illegal annexation of Crimea” and commented on the possibility of imposing new sanctions against Russia.

Zelensky referred to the development of Ukraine’s infrastructure as his second major achievement as president. In his opinion, the republic has significant potential to become a “European showcase”. In a speech at the celebration of the Independence Day of Ukraine, the leader of the country emphasized that “a great future” awaits its residents.

Ukraine can be a European showcase, because here is history, memory, nature, wonderful food, and people

As another achievement, the Ukrainian leader highlighted the high level of training and equipment of the army. “We have one of the most powerful armies in Europe today,” he said. As part of the adopted cybersecurity strategy, Zelensky ordered the creation of cyber troops in the country to “contain armed aggression in cyberspace and provide a rebuff to the aggressor.”

As part of the TV program, Zelensky also told why he could not hold back his tears at the military parade in Kiev, dedicated to the 30th anniversary of the republic’s independence. According to the President of the country, he was let down by emotionality. “Everyone was crying, all living people,” he stressed.

Zelensky has been serving as President of Ukraine since May 20, 2019. According to a poll by the sociological group “Rating”, residents of the country rated the second year of the presidency of the politician worse than the first. Only four percent of the respondents, like last year, called his work “excellent”. The number of those who assess the work of the Ukrainian leader as good decreased over the year from 27 to 20 percent. Zelenskiy’s presidency was rated “satisfactory” by 37 percent of respondents.