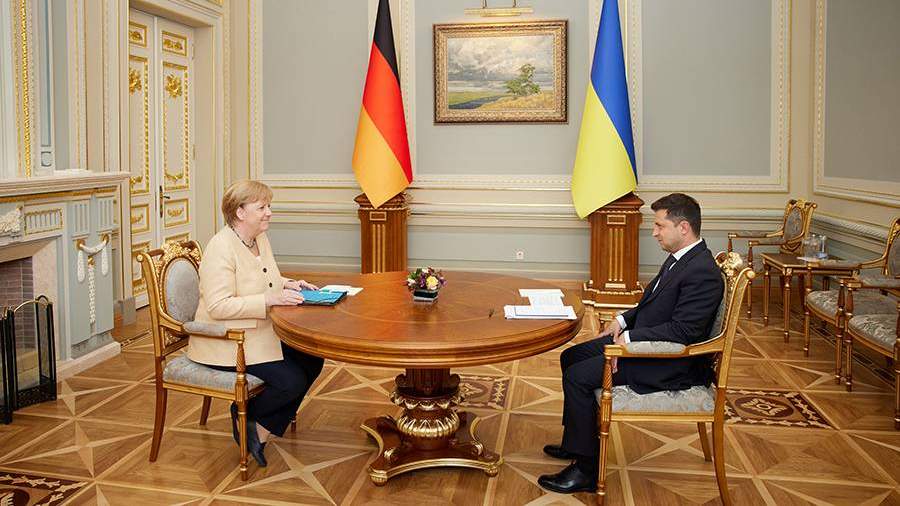 President of Ukraine Volodymyr Zelenskyy, during a meeting with German Chancellor Angela Merkel on August 22, awarded her the order for supporting the “sovereignty of Ukraine.” It is reported by press service Office of the Ukrainian President.

“In September Germany will elect a new chancellor. Personally, I am convinced that Mrs. Merkel will remain an active participant in the political life of Germany and Europe. But know that in any case, in any status and at any time, you will always be a welcome guest in Ukraine. Thank you, ”Zelensky said in conclusion.

The first part of the talks between Zelensky and Merkel took place in Kiev on August 22. The leaders’ meeting took place at the Mariinsky Palace in Kiev. After a briefing with media representatives, negotiations were held in an expanded format.

So, in particular, the President of Ukraine discussed with the Chancellor of the Federal Republic of Germany the construction of the “Nord Stream – 2”. Merkel said Germany is “serious” about Ukraine’s concerns about the pipeline. She also noted that the transit of gas through Ukraine should continue after 2024 and it will be necessary to discuss the extension of the agreement.

In addition, the leaders of the two countries discussed the situation in Donbass. The Ukrainian president noted that Kiev wants to achieve a permanent ceasefire, an exchange of prisoners, the opening of a checkpoint from the side of the temporarily occupied territories.

Earlier, on August 20, Merkel arrived in Moscow on her last visit as German Chancellor. During the talks, the German Chancellor and Russian President Vladimir Putin discussed, among other things, the situation in Afghanistan, the Nord Stream 2 gas pipeline and the agreements concluded with the United States under the draft, and also noted the importance of negotiations on the situation in Donbass in the Normandy format. Also with their secret weapon, the relay team misses an Olympic medal