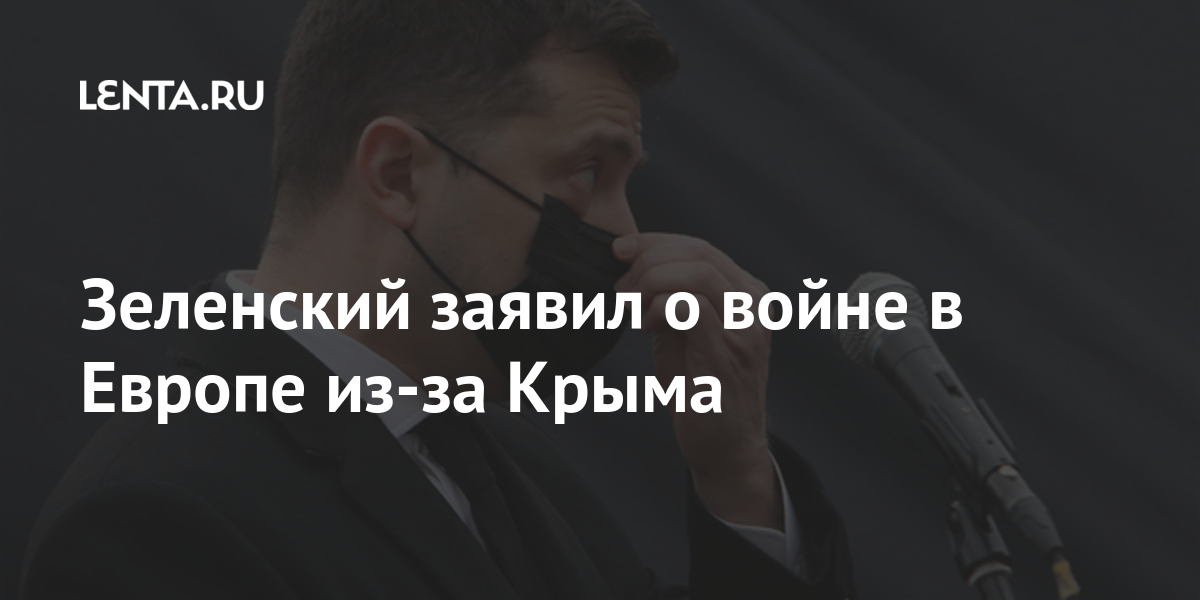 President of Ukraine Volodymyr Zelenskyy, during a discussion with the heads of Poland (Andrzej Duda), Estonia (Kersti Kaljulaid), Lithuania (Gitanas Nauseda) and Latvia (Egils Levits), announced the ongoing war in Europe over Crimea. His statement was published on the website of the Ukrainian leader’s office.

“When part of Ukraine is annexed – our Crimean peninsula, when we have a war in the east. This is the war in Europe. It is very important that we are together, ”Zelensky said.

During the discussion “The happiness of nations is based on fair laws, the effectiveness of which depends on their implementation”, held in Warsaw, the President of Ukraine stressed that “Ukraine is a powerful state that will only strengthen the European Union”.

In May, the head of the Ukrainian analytical center “Third Sector” Andriy Zolotarev said that due to the opening of the land market, Kiev in the near future may lose its agricultural potential.

'Argentina needs more than ever, and above all, dialogue'

According to the constitutional court ruling: The fear of the hectic climate