Zelensky announced his readiness to meet with Putin anywhere 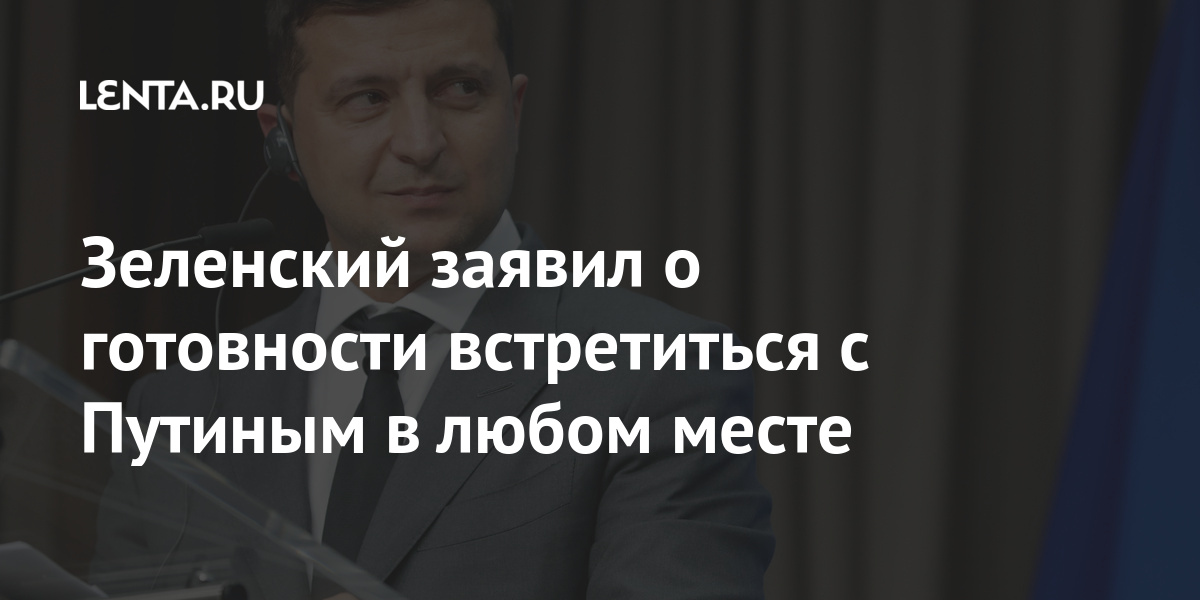 President of Ukraine Volodymyr Zelenskyy said in an interview with the Financial Times that he is ready to meet with Russian President Vladimir Putin to discuss the settlement of the situation in Donbass anywhere.

According to him, the Ukrainian side does not care about the place of the negotiations, since their content is more important in the matter of ending the conflict. Zelensky refused to meet with representatives of the self-proclaimed Donetsk and Lugansk People’s Republics (DPR and LPR).

On April 20, Zelensky in Russian addressed Putin with a proposal to meet anywhere in Donbass where the war is going on. He added that despite the common past, Russia and Ukraine see the future in different ways. In response, Putin said that Kiev should negotiate with the representatives of Donetsk and Luhansk to resolve the conflict, but agreed to host Zelensky in Moscow to discuss bilateral relations at any convenient time.

Later, a number of Ukrainian politicians and officials from Kiev rejected the possibility of Zelensky’s visit to Moscow. In particular, the first president of Ukraine and the head of the Kiev delegation to the Trilateral Contact Group (TCG) Leonid Kravchuk said that the invitation of the Russian leader is a call to come “to bow,” and the meeting itself should take place only in a neutral country. Ukraine also rejected the idea of ​​inviting Putin to Kiev.

The resurrection of Burak Yilmaz

Presidential orders can be financed from the reserve fund