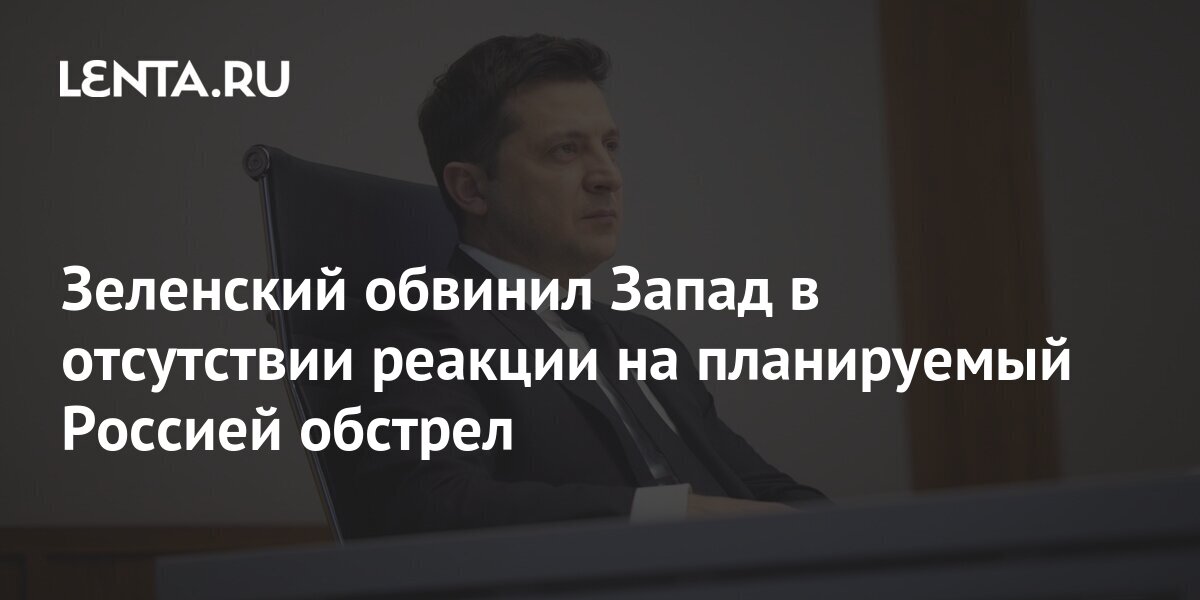 President of Ukraine Volodymyr Zelensky has lashed out at Western colleagues due to the lack of any reaction from the heads of state to Russia’s announcement of plans to strike at Ukrainian military-industrial complex (DIC) facilities, reports RIA News.

“Tomorrow, Russia officially announced the shelling of our territory, our defense complex enterprises. And today I have not heard any reaction from any leader of the world, not from any Western politician, any reaction to this announcement,” the Ukrainian leader said.

Earlier, the head of Chechnya, Ramzan Kadyrov, spoke about representatives of a kind who are ready to go to Ukraine and become a “manpower”. He stated that in Chechnya, the construction of the personnel of the special rapid reaction unit (SOBR) “Akhmat” took place, among which there were more than 60 fighters from the Kadyrov family. “Right now they want to contribute to the liberation of Ukraine from Bandera. Only the absence of an order keeps them in the Chechen Republic,” Kadyrov explained.

See also  Putin warns of a recurrence of the Crimean incident... Is the response to the bombing of Kyiv over?