Zaki, Salvini: “I work with the Cairo authorities for a solution, from Letta only spot” 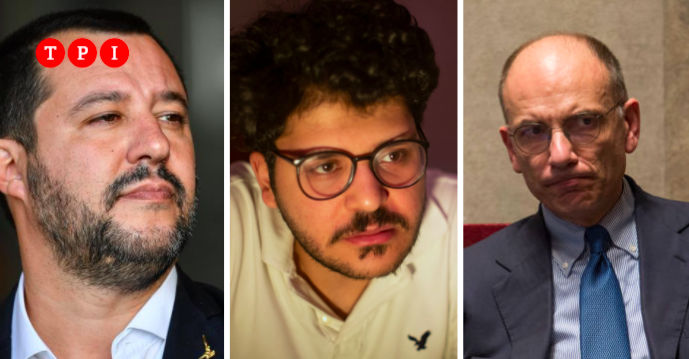 Patrick Zaki he has just celebrated his 30th birthday in an Egyptian prison cell and in the meantime the politicians – who have not yet managed to find an effective solution to save the young student from the University of Bologna – are also thinking about arguing over his affair.

“Spot citizenships do not solve problems, on the contrary they risk complicating problems, you get the result by reasoning with the Egyptians, I’m working with the authorities in Cairo to get there,” he said. Matteo Salvini, talking to reporters on the sidelines of a meeting with Enrico Michetti is Simonetta Matone at the Hotel Ergife in Rome. “Read he prefers the commercial, I think about working with the Egyptians ”. “We need to change our attitude”, underlines Salvini.

The Northern League leader is against the proposal of the Democratic Party and Five Star Movement on the conferral of Italian citizenship on Patrick Zaki.

The dem secretary replied on Twitter: “Zaki’s story is dramatic. Silence, respect, not speaking out of turn should be necessary. #Salvini “.

In the same hours, the senator Michela Montevecchi (M5S) deposited two questions, respectively to Foreign Minister Luigi di Maio and Prime Minister Mario Draghi to ask what actions are intended to be taken and what assessments have been made in order to use the tools contained in the United Nations Convention against torture merged into the Agenda approved by the Senate on April 14th.