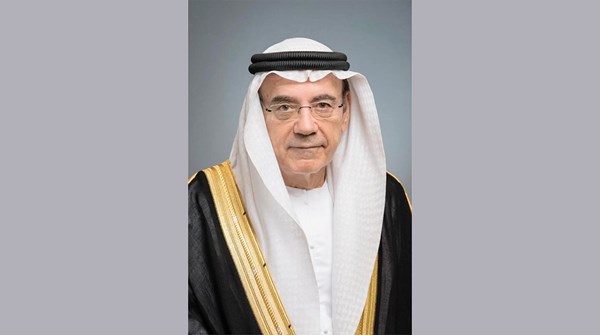 His Excellency Zaki Anwar Nusseibeh, the cultural advisor to His Highness the President of the State – Supreme President of the United Arab Emirates University, witnessed yesterday the virtual Ramadan council set up by the United Arab Emirates University under the title: «Sheikh Hamdan bin Rashid Faris Excellence and Charity».
In a speech delivered at the beginning of the council, His Excellency said: “We all regret that this holy month has descended upon us for the second year in a row, and all peoples of the world are suffering from the emerging (Corona) crisis, which has upended all the usual life scales and placed restrictions before all humanity. However, we are in the UAE, with the efforts of the wise leadership and its endless wisdom in setting controls, and providing the vaccine gives us a sense of security and safety to live our lives without worry. ”
He added: “We meet today, and our hearts beat in the name of dear to all of us, the late Sheikh Hamdan bin Rashid Al Maktoum, may God have mercy on him, the Knight of Excellence and Charity who accompanied the late Sheikh Zayed bin Sultan Al Nahyan and Sheikh Rashid bin Saeed Al Maktoum on the journey of establishing the state. Learn Many of them and contributed with them in building this country, to line with them a march full of sincere patriotic work for its people and humanity as a whole. ”His Excellency Zaki Nusseibeh said:“ We had the honor in the United Arab Emirates University to receive the attention of the nation’s lost and its unlimited support through the Hamdan Bin Rashid Al Foundation. Maktoum for Distinguished Academic Performance, which contributed to enabling the UAE University to occupy the prestigious position it deserves, as the Master of Innovative Education program was introduced, which contributes to the development of the educational system in the country, considering that innovation has become a fundamental requirement in improving the educational process and improving the quality of education outputs And considering that the Emirati School mainly focuses on promoting innovation concepts in line with the country’s vision and the requirements of the national agenda and leadership directives to consolidate innovation among generations, as it is a component Culturally important and a station from which to proceed towards leadership and innovation for the future ».
He continued his speech, saying: “We are also proud that the United Arab Emirates University has become the official responsible for managing and judging the Hamdan-ALECSO Award for Distinguished Educational Research at the level of the Arab world and publishing the winning research, which aims to encourage distinguished researchers in the educational field at the level of the Arab world and to introduce them and their work. ”, And spreading and disseminating successful educational practices at the level of the Arab world, and providing an educational environment and an educational and educational environment that helps spread successful experiences among the countries of the Arab world”.

Decentraland, a virtual city with million dollar houses you can't live in