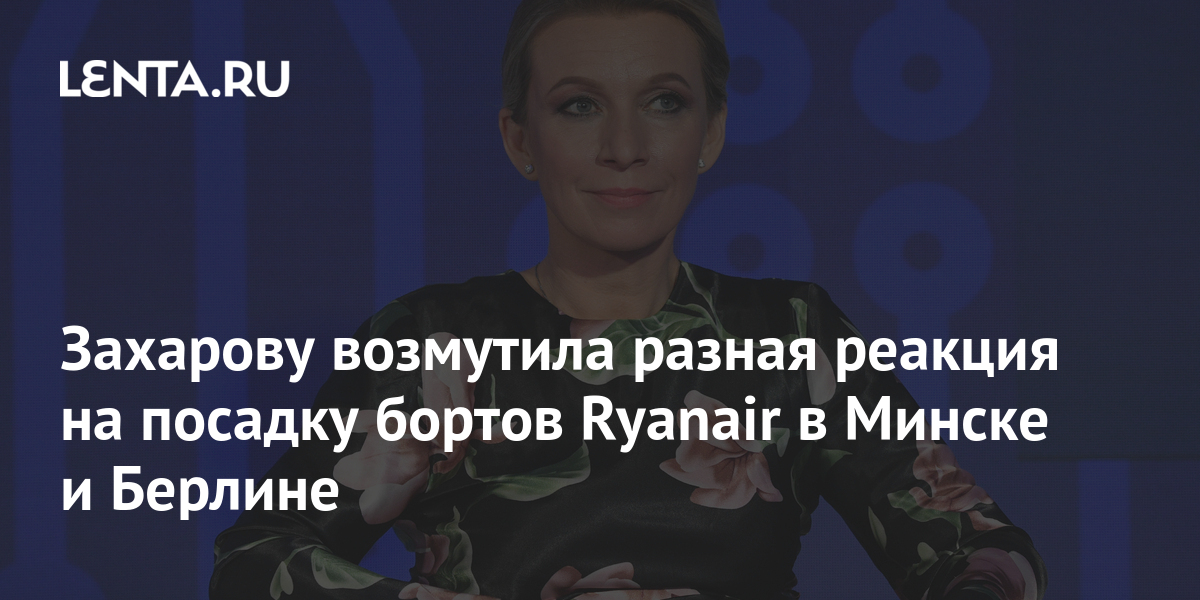 The official representative of the Russian Foreign Ministry Maria Zakharova was outraged by the different reaction of the West to the emergency landings of Ryanair aircraft in Minsk and Berlin, she stated this on the air of Channel One, she quoted her as saying RIA News…

Zakharova stressed that when the Irish company’s liner landed in Belarus after reports of mining, it caused “a storm of protest, a colossal international reaction, of course, based on this western mainstream.” At the same time when the board of this carrier for a similar reason unscheduled landed in Germany on the way from Dublin to Krakow, not even the word “investigation” was heard, no claims, statements or diplomatic steps arose.

“We know this technology very well, but the question is how far the Europeans are ready to follow Washington’s lead in making decisions that are unfavorable for themselves, strange, contradicting their own ideology,” the official concluded.

A Ryanair passenger plane made an emergency landing in Berlin after a bomb threat was reported on board on 30 May. The board was checked by law enforcement officers – no explosives were found. However, all passengers were evacuated and their luggage was screened.

Another emergency landing of an Irish company liner en route from Athens to Vilnius took place on 23 May in Minsk after reports of a bomb. To escort the aircraft, a MiG-29 fighter of the Belarusian Air Force was raised. Immediately after landing, the Belarusian security forces detained Roman Protasevich, the creator of the NEXTA Telegram channel, who was on board. At home, he is accused of creating an extremist group and calling for riots after the presidential elections in August 2020.