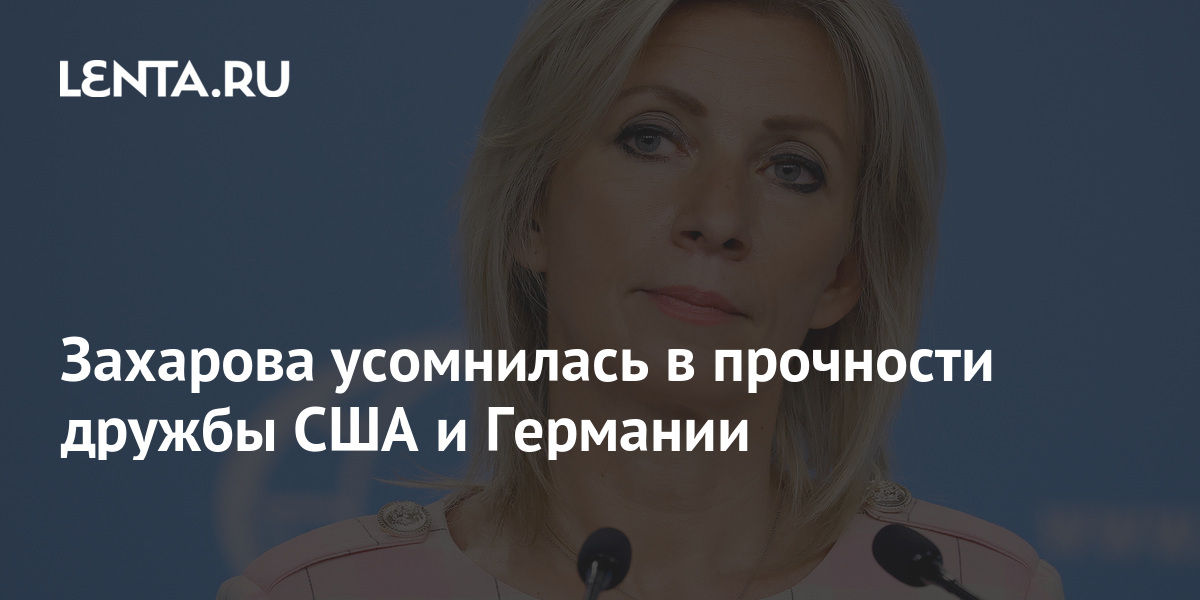 The official representative of the Ministry of Foreign Affairs of Russia Maria Zakharova commented on the statement of the American Secretary of State Anthony Blinken on the friendship between the United States and Germany. She spoke out in her Telegram-channel.

At a meeting with German Chancellor Angela Merkel on June 23, Blinken said: “The United States does not have a better partner, a better friend in the world than Germany.”

Zakharova doubted the strength of the friendship between the American and German sides. “So why is it that the United States is preventing its best friend from participating in the Nord Stream 2 project, which is profitable for him? They don’t do that with best friends, ”she said.

Initially, the launch of the Nord Stream 2 gas pipeline was scheduled for the end of 2019, but due to US sanctions it had to be postponed several times. Russian President Vladimir Putin said in June that the completion of the second branch of the pipeline would take place in one and a half to two months. The first line began to be filled with gas already on June 11.