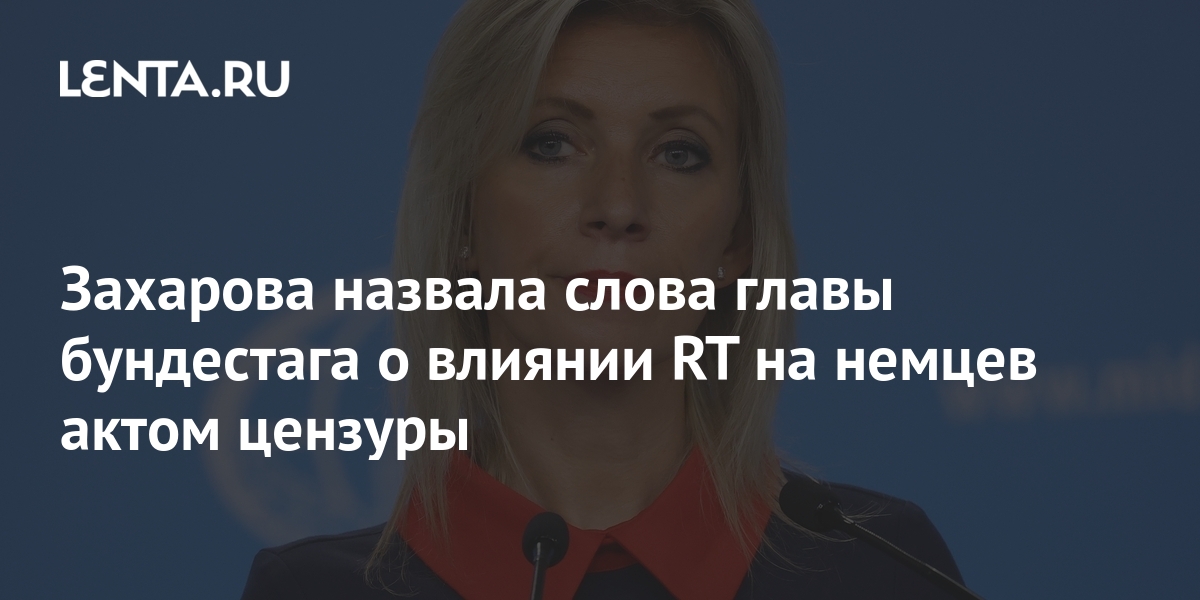 The official representative of the Russian Foreign Ministry, Maria Zakharova, called the words of the head of the Bundestag Wolfgang Schäuble about the influence of RT on the Germans as an act of censorship. She wrote about this in her Telegram-channel.

“If politicians want to protect citizens from the media because of the undesirability of a change in mood, and not on the basis of the law, this is an act of censorship and recognition of sympathies for propaganda. By the way, citizens with Russian roots speak Russian and, without asking the Bundestag, watch the channels “influencing their moods” for their own pleasure, and not on the basis of the conjuncture, ”the diplomat said.

So Zakharova commented on the statement of the head of the Bundestag and the representative of the Christian Democratic Union of Germany Schäuble that, through the Russia Today (RT) TV channel, Moscow “is trying to purposefully manipulate Germans with Russian roots.”

The German politician drew attention to the fact that if earlier “such a category of citizens” more often voted for conservatives, now they are increasingly casting votes for the right-wing party “Alternative for Germany” and called RT a “propaganda channel”, adding that Berlin should “seriously talk with Russia. “

Earlier, a spokesman for the Foreign Ministry said that Moscow condemns France for discriminatory statements about Russian vaccines. She noted that the foreign foreign ministry is offended for their state, which has not been able to develop its own drug for coronavirus.

Vidal continues to underestimate Corona .. and embarrasses the Chilean team in the “Copa America”