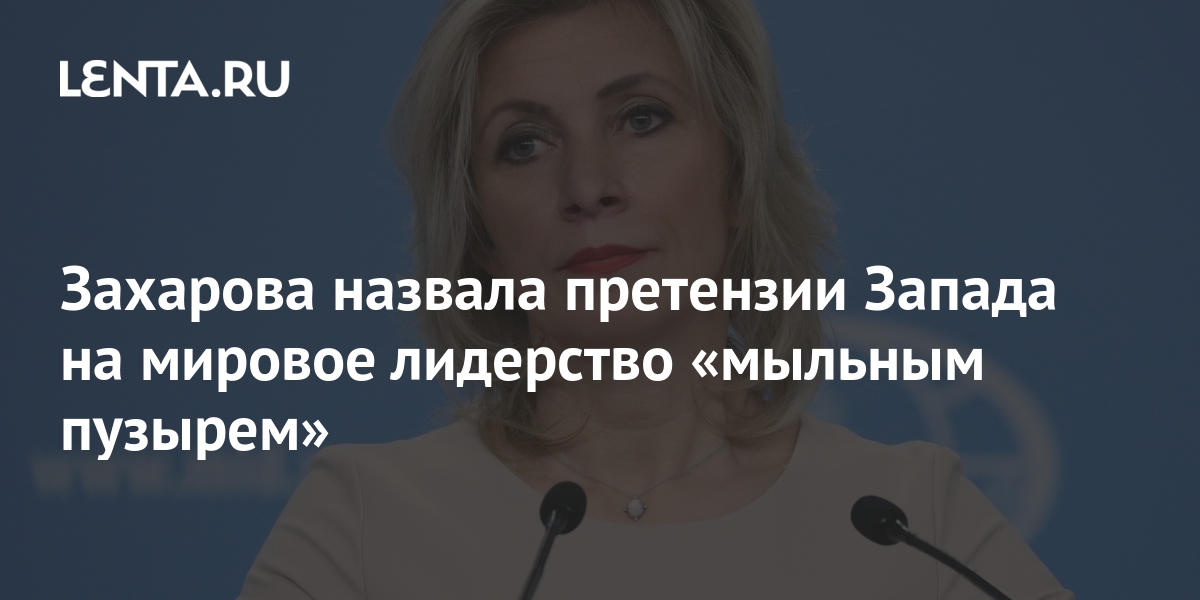 The official representative of the Ministry of Foreign Affairs of Russia, Maria Zakharova, spoke about the impact of the coronavirus pandemic on Western countries. Her words are reported by the Serbian newspaper Kurir.

The diplomat called the West’s claims to world leadership a “soap bubble”. “The US and the EU are not in a position to save themselves, and there is no question at all that they can lead the world community somewhere,” she stressed.

Zakharova concluded that the pandemic demonstrated the true attitude of countries towards each other in the international arena. She recalled the proverb: “A friend is known in trouble.” The representative of the Ministry of Foreign Affairs noted that Russia has sent hundreds of thousands of doses of the domestic drug for coronavirus Sputnik V to Serbia as part of its assistance to the population.

The diplomat stated that it is necessary to openly cooperate with all interested parties, not to be locked in an “ideological shell” and not to wait for “manna from heaven” from the European Union. “The first months of the pandemic showed the unsightly essence of the Western approach – every man for himself,” she is quoted as saying TASS…

On June 22, it was reported that Zakharova named the condition under which countries can be called friends of Russia. She suggested referring to how the relations between the countries developed historically, and to the extent to which their national interests are being respected. “Friends are not measured in numbers … Friends of Russia are those countries that do not betray,” the diplomat said.