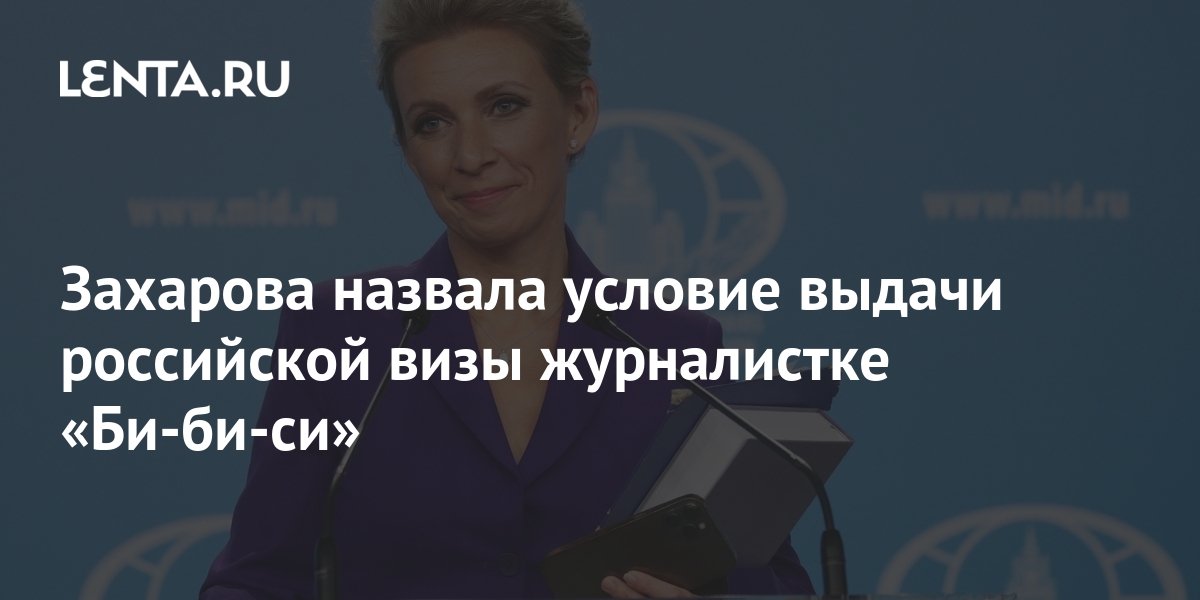 Russia will issue a visa to Sarah Rainsford, a journalist for the British television company BBC, if London takes a similar step towards the Russian correspondent, which Moscow had previously called for. About this on Saturday, August 14, in his Telegram– The official representative of the Russian Foreign Ministry Maria Zakharova wrote to the channel.

“The saga has been dragging on since the summer of 2019, when a journalist from a Russian news agency and members of his family had to leave the United Kingdom without waiting (during the previous year and a half) to extend their visas and any explanation of the reasons for this attitude,” – said the diplomat.

Zakharova stressed that Moscow’s actions in relation to an employee of the British state television company represent an exclusively retaliatory measure and may be reconsidered after a change in London’s position.

“The decision made by the English correspondent is similar to the actions described above by London in relation to its Russian colleagues in the shop,” she said.

Wuchang Fallen Feathers is the new soulslike to watch