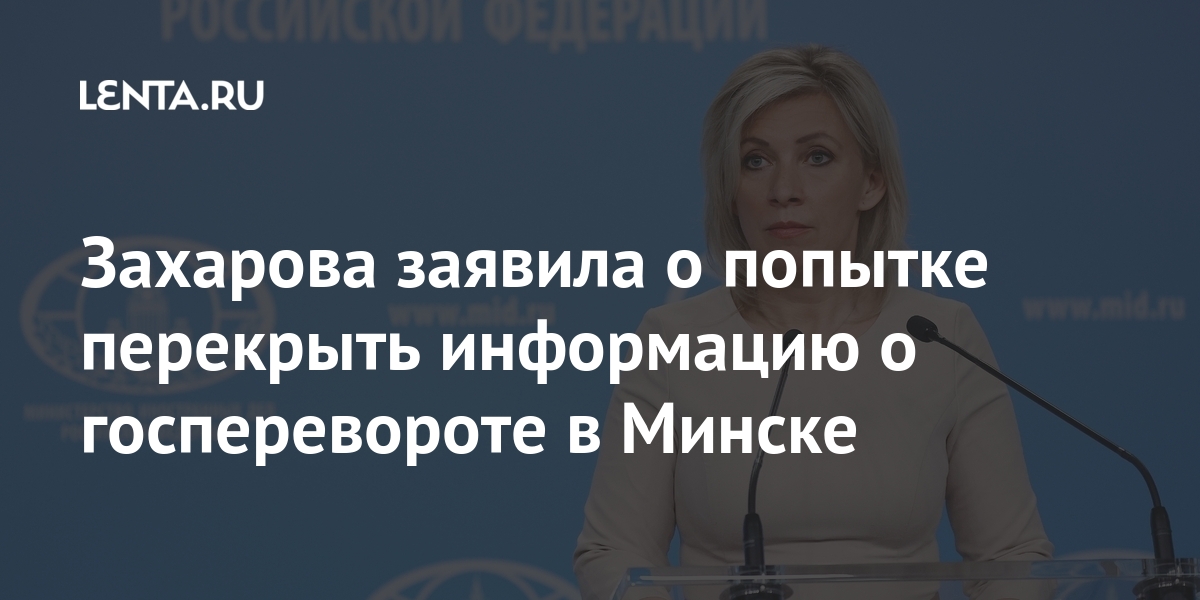 The West, with the help of statements from the Czech Republic, tried to block information about the impending military coup in Belarus. This was stated by the official representative of the Russian Foreign Ministry Maria Zakharova, reports TASS…

Earlier, the Foreign Ministry expressed a strong protest to Prague in connection with the expulsion of diplomats and accusations of involvement in an explosion at an ammunition depot. Russia called the actions of the Czech Republic a continuation of a series of anti-Russian actions and saw an American trace in what happened. “In an effort to please the United States against the background of recent American sanctions against Russia, the Czech authorities have even surpassed their overseas masters in this respect,” the Foreign Ministry noted.

The Czech Republic announced the expulsion of 18 Russian diplomats from the country on Saturday, April 17. Embassy officials are suspected of collaborating with the Russian special services, allegedly involved in the explosion at an ammunition depot in Vrbetica on October 16, 2014.

The explosions in Vrbetica took place on October 16, 2014. An estimated ten thousand kilograms of ammunition, including medium-range missiles, exploded. As a result, two people died. The cause of the explosion remained unknown, according to one version, it happened due to the negligence of the workers.

'We do not take out to pay the rent': the anger of a producer in full soybean harvest

Orwell Audiobooks: Our Only Real Enemy