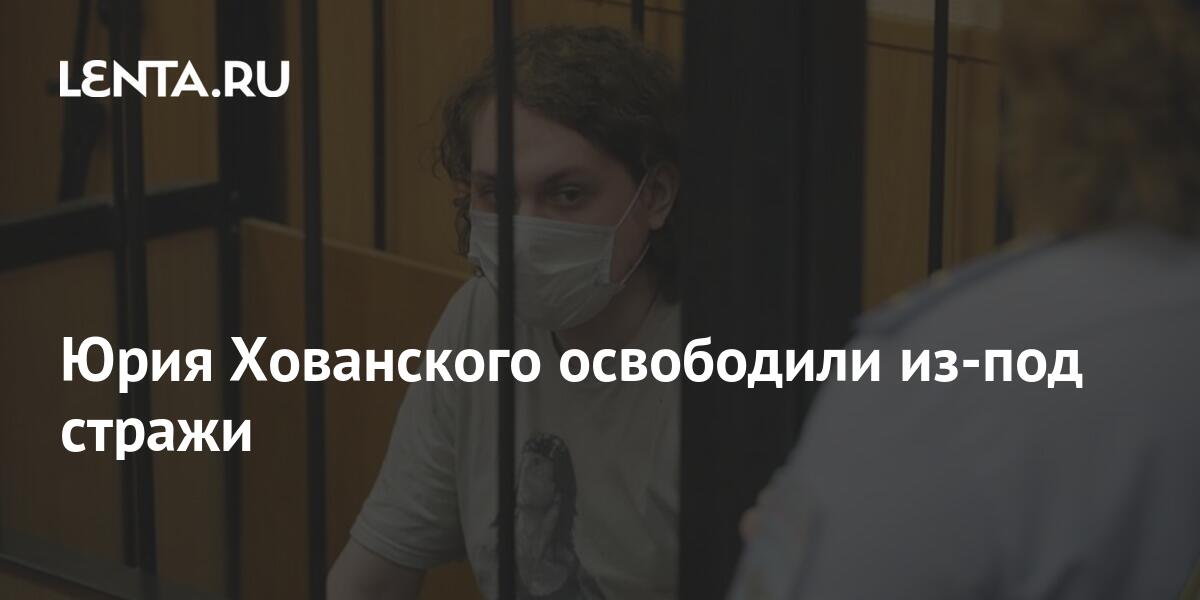 Blogger Yuri Khovansky, accused of propaganda of terrorism, has been released from custody. The St. Petersburg court changed the measure of restraint for the blogger, determining him to prohibit certain actions. About it informs on the evening of December 29 “Fontanka”.

According to the journalists who are near the courthouse, friends and fans of Khovansky are chanting: “Yura, come out!” It was decided to release the blogger from the pre-trial detention center today, but he was forbidden to use the Internet, leave the house from 10 pm to 10 am, as well as any cultural events. Khovansky is also prohibited from communicating with the press, so he will not give comments after leaving the courthouse.

It is noted that the ban on certain actions will be in effect until January 8.

Earlier, the investigation had requested a corresponding decision. The prosecutor explained that Khovansky could no longer hide from the court, since his foreign passport had been handed over to the investigation. In addition, according to him, due to the coronavirus pandemic, restrictions have been introduced on entry to and exit from the country. Also, the investigator said that youtuber can no longer destroy the investigation materials, because they were protected during the computer forensics.

Blogger Yuri Khovansky has been in jail since June 2021. He was charged under Part 2 of Article 205.2 of the Criminal Code of the Russian Federation (“Public calls for terrorist activities, public justification of terrorism or propaganda of terrorism”). The reason was the performance by a YouTuber of a song about the terrorist attack in the theater center on Dubrovka in 2002. Two videos in which Khovansky sings about the terrorist attack appeared on YouTube in the profile of an anonymous user under the nickname Yuri in 2020. The investigation claims that the video was recorded in 2018, Khovansky and his defense, in turn, insist that he performed the song in 2012, before the article appeared in the criminal code under which a criminal case was opened against the blogger.

Writing therapy, how it works and who it is for