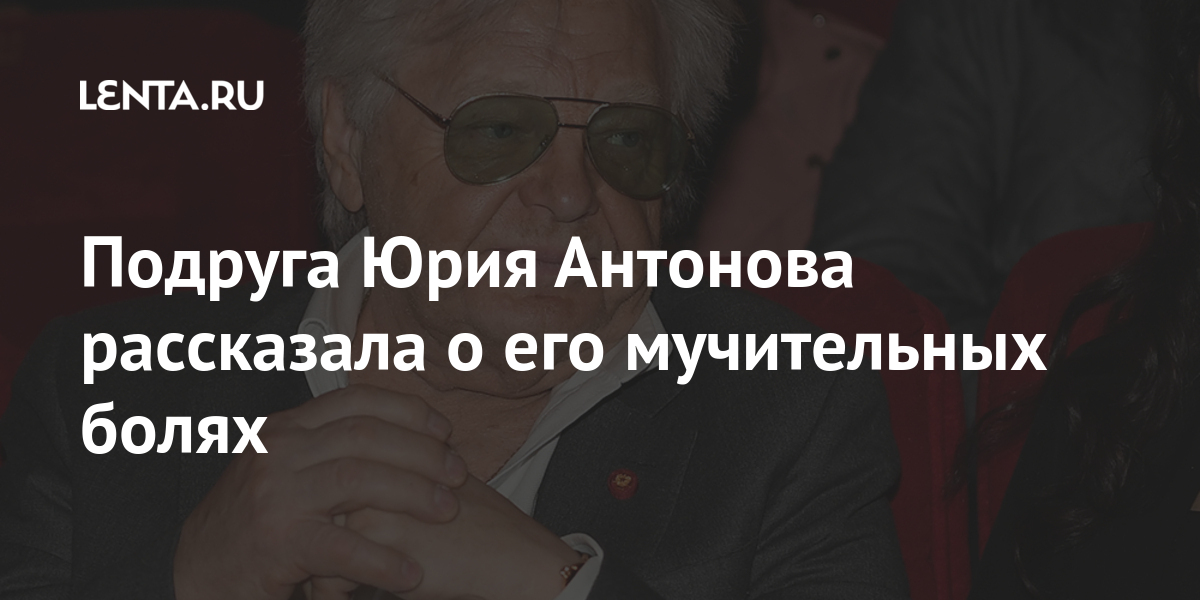 Composer and singer Yuri Antonov suffers from excruciating knee pain. NTV was told about this by his girlfriend, singer Katya Lel.

According to her, a year and a half ago, the artist unsuccessfully twisted his leg and doctors found a meniscus rupture in him. Antonov delayed the operation for a long time, trying to get by with anesthetic injections, however, the surgical intervention did not bring relief. “The knee surgery was unsuccessful, which is why such a long recovery. In my opinion, it has grown unsuccessfully with him, ”said Lel.

Due to the injury, the musician did not leave the house for almost a year, the channel claims.

On April 8, Antonov appeared in public for the first time in a long time. A private banquet dedicated to the BraVo International Professional Music Award ceremony was held at the restaurant of the Central House of Writers. People’s Artist of Russia Antonov was among the guests of the evening. According to journalists, the performer looked healthy. He smiled and willingly posed for photographers.

Yuri Antonov is a Soviet and Russian composer, singer, poet, People’s Artist of Russia. He is the author and performer of many pop hits, including “From sorrow to joy”, “The roof of your house”, “The sea”, “Twenty years later”, “Flying gait”, “On Kashtanova street”.

Zelensky announced his readiness to meet with Putin anywhere

Cars | Explanation: Tesla may be tricked into driving without a driver, even though Tesla claims it is not possible