Your children do not like vegetables.. A recent study offers the solution! 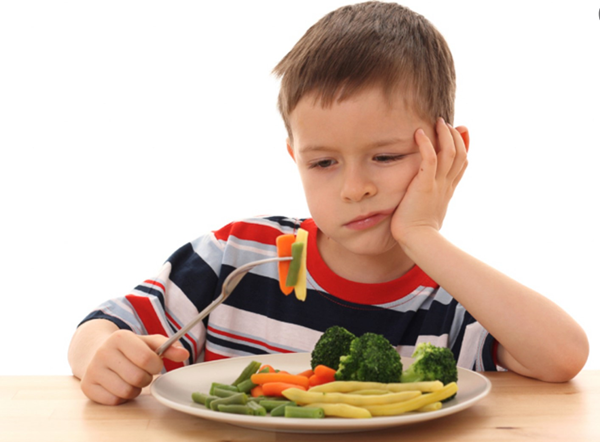 If you’re finding it hard to get your kids to eat vegetables, the results of a new scientific study may offer the answer. A team of researchers at Penn State University in America doubled the amount of corn and broccoli in children’s dishes that are served in the meal from 60 to 120 grams.

And they discovered that the children ate 68% of the vegetables in the diet on average, which is equivalent to an additional 21 grams, according to the British newspaper, “Daily Mail”.

In addition, the team of researchers believe that the results of their study can help parents around the world to get their children to reach the recommended amounts of vegetables per day, provided that the advice is followed without children noticing or they will refuse to eat any vegetables at all.

“The increase we observed is equal to about a third of a meal, or 12% of the recommended daily intake for young children,” said researcher Hanim Diktas, a graduate student in nutritional sciences.

Also, the team of researchers emphasized that it would be wise to identify the vegetables that children like more and not force them to eat any type they do not like.

“Parents can make the task easier by taking a step-by-step approach to eating new vegetables, cooking them the way their kids enjoy, and experimenting with different flavors and spices to get them used to,” she added.

The researchers stated that they are “working on additional research examining the possibility of replacing vegetables with other foods rather than just adding more vegetables.”

In the future, they said, they may be able to make recommendations about portion size and replace vegetables with other foods, which could help reduce waste after each meal and encourage children to eat more vegetables.

The researchers also noted that seasoning vegetables with butter and salt did not affect the children’s consumption rates.

It is reported that the British NHS emphasizes that children should eat at least five portions of a variety of fruits and vegetables daily. However, this serving size can vary with age, body size, and levels of physical activity.