A young couple died on Lake Garda. A motorboat is said to have mowed the two of them. A video provides new details about the night of the crime. Now an attempt at an explanation follows.

Rome / Brescia – What actually happened on Lake Garda in the night from Saturday (June 19) to Sunday? A young couple was killed in a boat collision. On Sunday, a resident found the small wooden boat belonging to an Italian couple near Salò on the west bank with the dead 37-year-old in it. Hours later, divers recovered the 25-year-old woman’s body. According to forensic doctors, she drowned.

Two people from Munich are said to have simply mowed the couple on their boat with their luxury motorboat. And continued driving after the collision. The public prosecutor’s office is investigating the two Germans for manslaughter and failure to provide assistance. The people of Munich were traveling with a Riva. According to a lawyer, the two men should not have noticed anything about the crash.

By the way, there are strict speed limits for motor boats on Lake Garda: during the day, the maximum speed is limited to 20 knots (equivalent to 37.04 km / h) and at night to 5 knots (equivalent to a little more than 9 km / h) when entering and Departure in port 3 knots. A normal Riva Aquarama boat is already equipped with two V8 engines (220 hp) and can easily reach 30 knots.

This fatal accident hit the headlines in Italy. New allegations keep popping up. The young woman’s life might have been saved, the Italian media suspect. On top of that, there is speculation whether the 52-year-old was drunk.

Fatal boat accident on Lake Garda: surveillance video from the night of the crime

Then a video from a surveillance camera emerged. Also the Corriere della Sera spread it. It is from the night of the crime and shows the two people from Munich mooring the Riva motorboat in the port of Salò. The video shows one of the two men stumbling and then falling into the water. It is said to be the 52-year-old friend of the motorboat owner who is said to have refused an alcohol test the next day.

Lawyer: “The pictures were not a surprise”

A lawyer for the two suspects has now commented on the surveillance video. “The fall, which was a simple slip, was caused by an abrupt maneuver by the driver,” said the legal office of the German Press Agency. The pictures were not surprising, as the fall was known beforehand.

It is still unclear whether the 52-year-old was drunk. According to her lawyer, the preliminary investigations had not yet confirmed this. It is certain that one of the two did an alcohol test with a negative result.

The two were released shortly after the accident and traveled back to Munich. The families of the victims are calling for action against the two, as the Ansa news agency reported, citing the families’ lawyers. (ml with material from dpa) * Merkur.de is an offer from IPPEN.MEDIA 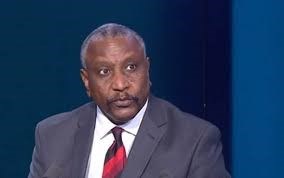