You have no future, Mr. Cave 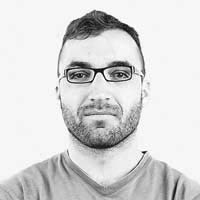 One of the most representative elements of the The Wall Pink Floyd’s is about education, with schools as factories of uniformity and conformity, the sadism of teachers, and so on. In fact, probably the most iconic song on the album is “Another Brick in the Wall”, with the chorus of children who do not want to be polite or tolerate the “dark sarcasm” of the teachers and ask to be left alone.

Hence it seemed to me almost like part of the same script when I recently stumbled upon in Stranger than Kindness, a book that collects photos, notes and many other elements about Nick Cave’s musical career, with a letter from the principal of his high school, the Caulfield Grammar School, dated June 25, 1975 (Cave was 17 years old), addressed to the parents of the then problem boy. In an eminently Pink Floydian tone, the principal expresses concern about Cave’s “attitude and behavior”, his “lack of due respect for the authority” of the teachers, and his “unwillingness to accept instructions.” After an unspecified incident, for which he was disciplined, according to the director, the boy finally began to understand that “it is he who will suffer the most if he persists in this pattern of behavior.” After a legendary career where excesses of all kinds and the darkest backgrounds of human existence have played a crucial role, it is quite likely to conclude that Nicholas did not learn his lesson and would continue to deviate from the path of institutional / pedagogical good to carve out his own. road.

Given that Nick Cave is undoubtedly one of the great contemporary composers of letters, the author of two novels and an avid reader, it is not at all the case of the rocker who openly disdains any hint of intelligence, as could be, for example, the case of the brothers Gallagher, Morrisey and many more. On the contrary, the seriousness with which Nick Cave has dedicated himself to his art ends up being a comment on how it would seem that one of the main functions of traditional institutional discipline is precisely to stifle any hint of creativity or difference between the students, an issue that extends today to the most famous centers of university education in the United States, where homogeneity of thought and the terror of expressing ideas that can be considered heretical have become the norm. Regarding the empire of political correctness, Cave himself recently wrote on his blog The Red Hand Files: “Political correctness has grown to become the most unhappy religion in the world. His once honorable effort to reimagine our societies in a more equitable way now encompasses all the worst aspects that religion can offer (and none of its beauty): certainty and moral superiority, stripped even of the capacity for redemption. It has literally become a bad religion that has overflowed ”.

What would the preparatory director of music and heretical ideas now think of the boy who from that age had already performed with his group, dressed and made up as a gothic mime?