Yes, the Olympics and the Europeans are beautiful but the Italians have water in their throats 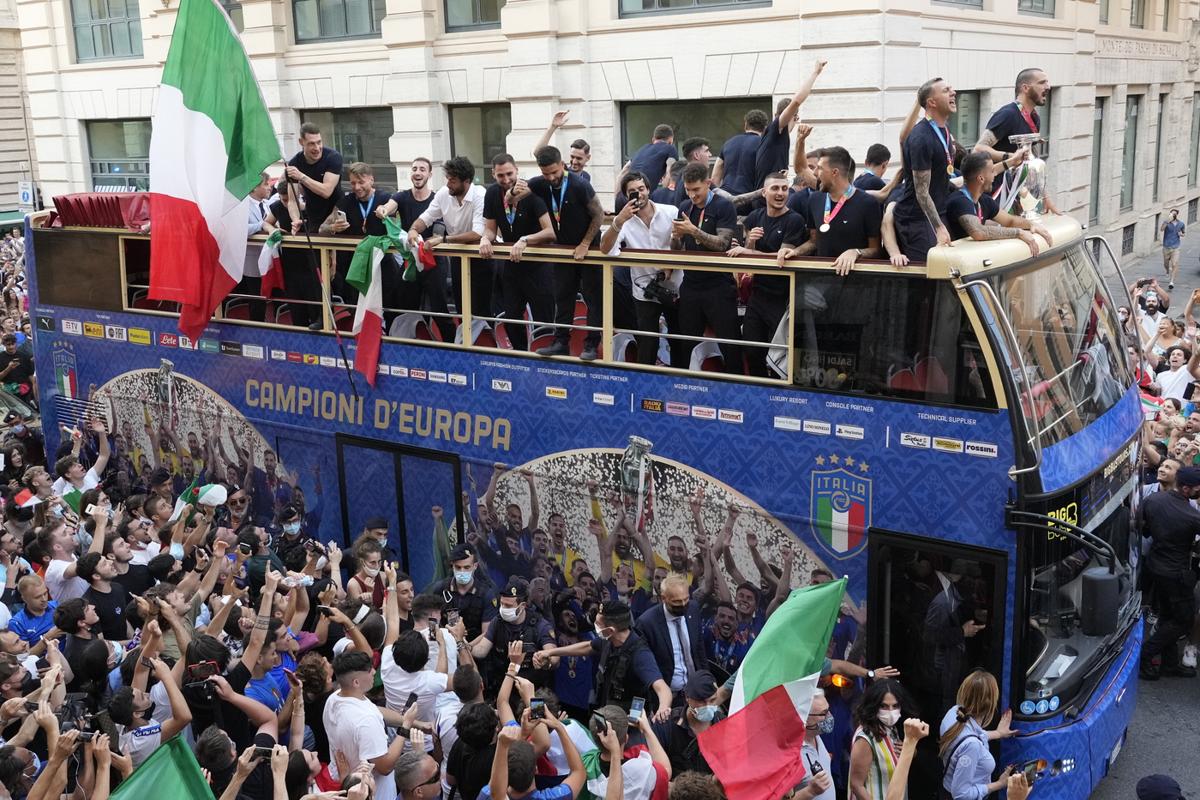 Thanks to sport, first the European football championships and then the Olympics, Italy takes a leap forward in the world in terms of its image, also receiving a push to believe more in itself and get out of the crisis that is tackling it, due to Covid. but not only. But there is also the downside: the hangover effect. That, that is, that the “real country”, beyond the moment of exultation – historically a moment – returns to its state of agnosticism, for the most pessimistic, under the weight of everyday reality, with most of the Italians dissatisfied, many with water in the throat, today moreover divided, beyond the percentages, on vaccinations and on the Green pass. Can an Olympic gold medal really push optimism to consider Italy a “new country” a country out of trouble?

History teaches that “pessimism” and “optimism”, especially if unmotivated, can lead a country to material ruin and beyond. Draghi has just said that growth (+ 5%) is higher than expected, foreshadowing a substantial recovery given that the recovery of GDP compared to the collapse of the pandemic period is significant, surpassing, for example, that of Germany and France. On the other side of the scale, growth weighs negatively, which even before the pandemic was just above 0.5%; the lack of a true national recovery plan, which is indispensable for the use of the Recovery Fund, weighs heavily; the loss of many great Italian brands (about 1000), the backbone of Made in Italy, passed into foreign hands and also the flight abroad (almost 50,000) – particularly in Western countries but also in China, as well as in the East Europe – of many small and medium-sized enterprises with dramatic consequences also for employment. Not to mention chronic ills: from school to justice, from health to public administration, from taxes to privileges and so on. In general, the belief that the Italia boat has holes in it and continues to take on water weighs heavily. That beyond the government’s attempt at quasi-national unity with a quality premier such as Draghi, we continue to turn around on themselves, without direction.

Many are convinced that a “strong” part of Italy is gone and that the good that remains in the beautiful country is on sale, bought by foreign capital. On the one hand of the Italians, more than a ferryman towards the new, Draghi is considered a (good) stopgap pro tempore, in fact used by the national and international system to leave everything as before, indeed, in the end, to widen even more the inequalities bringing the country into the shallows. The responsibility for this situation, of course, lies in the handle, that is, in politics, parties, governments and institutions that are in fact only trying to preserve themselves. Just on the eve of the week of August 15th here is the news: not that of the green pass, but the date of the administrative elections that next 3 and 4 October will call 12 million Italians from 1,162 municipalities, including 18 provincial capitals, to the polls. test Rome, Milan, Naples, Turin, Bologna. There are already, in the parties, those who put their hands forward saying that they are only administrative elections. This is the first litmus test for the government and, above all, it is the thermometer on the state of health of the parties, primarily the M5S.

It is a question of seeing if the Conte effect, the new leader of the grillini in an identity crisis and not only, will translate into the vote, knowing that the pentastellati are given in free fall. In the event of a debacle of the 5 stars, the numerically largest parliamentary force, it will be difficult to ignore it by taking refuge behind the fig leaf of peripheral elections. The “blank semester” began on 3 August, within which the President of the Republic cannot dissolve the Chambers. But, if the M5Stelle really comes out of the ballot box on October 3 and 4, it will be difficult to ignore it and not call the Italians to vote early in the spring of 2022. It would be a scam. Worse still, a political mistake. Because by dint of pulling, the rope can break.