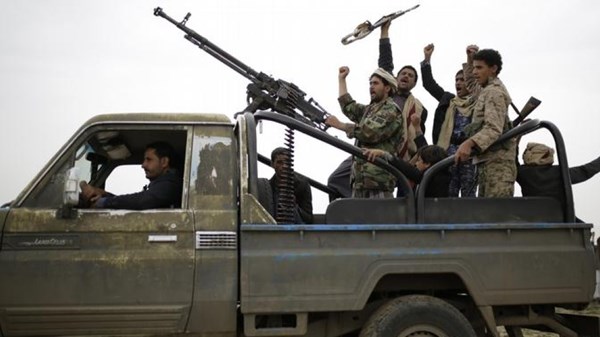 Yemeni political analyst Mahmoud Al-Taher stressed that the recent attack by the Houthi terrorist group on the Marib Governorate with ballistic missiles and drones contradicts peace efforts and prolongs the conflict in Yemen.

The terrorist Houthi militia launched a bombardment with ballistic missiles and booby-trapped drones on the city of Marib, yesterday evening, Thursday, killing 8 people and wounding 27 others. The ballistic missiles targeted a mosque in a residential neighborhood in the city center while performing the Maghrib prayer on Thursday evening, in addition to a prison for women. In the Marib Governorate Police Department, ambulances rushed to the scene of the bombing to rescue the victims.

This attack on Marib comes a few days after a previous terrorist attack launched by the Houthi militia with a ballistic missile on a fuel station in the strategic Marib Governorate, which left 20 dead and a large number of wounded and injured.

Speaking to Al-Ittihad, the Yemeni political analyst indicated that the recent attack on the city of Ma’rib coincides with the announcement of the Arab coalition to support legitimacy to stop air operations in Yemeni cities in implementation of the political solution, and also coincides with the presence of the Yemeni delegation in the Sultanate of Oman with the aim of persuading the Houthis to accept dialogue. He stressed that the recent Houthi attack on Marib confirms the Houthis’ non-acceptance of a peaceful solution.

Al-Taher stressed that this Iranian-backed terrorist group practices the most heinous terrorist crimes against civilians in Marib, pointing out that the Houthi militias, with their crimes in Marib, challenge the international community and the Arab coalition forces and send a message to them that they will not comply with the peace initiatives, the cessation of war and the ceasefire, and that they are continuing Implementation of Iran’s subversive agenda.

The political analyst stressed that it is the military, not the political, pressure on the Houthis and their siege in Sanaa that could make them accept to sit at the dialogue table and accept a ceasefire, but otherwise the Houthis will continue to evade and will not listen to international calls.

He noted that the Houthi attack on Marib came in conjunction with their attack on the Kingdom of Saudi Arabia, and this confirms that the Houthis reject all peace initiatives and international appeals, stressing that the Houthis have made up their minds to resort to a military solution, while legitimacy is still bartering for peace, which is difficult to appeal to. terrorist groups.

On the eve of the explosions in Marib Governorate, the United States of America approved imposing sanctions on entities and people linked to Iran that support the Houthi militia in Yemen, where the US Treasury announced imposing sanctions on Yemeni and Syrian people linked to Iran, and the sanctions also included a network that helps the Iranian Revolutionary Guards and the Houthis by collecting millions of dollars By selling some commodities, including Iranian oil.