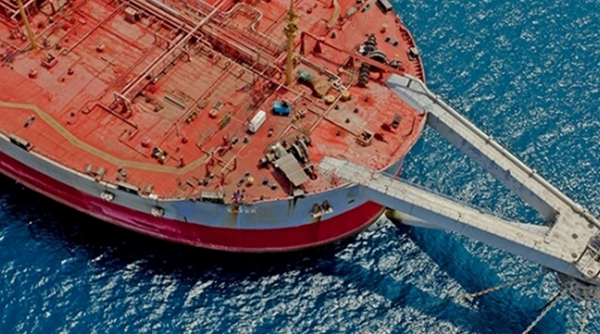 The Yemeni Minister of Information, Muammar Al-Eryani, held the terrorist Houthi militia fully responsible for manipulating the “Safer” file, and ignoring international warnings of an impending environmental, economic and humanitarian catastrophe as a result of the leakage, sinking or explosion of the tanker.
Al-Eryani added that the announcement by the Iranian-backed terrorist Houthi militia of refusing to implement the agreement with the United Nations to allow a UN team to board the Safer oil tanker, assess its technical condition and maintain it, confirms its continued prevarication and fabrication of lies.
In a statement to the official Yemeni news agency Saba, the Yemeni Minister of Information indicated that this refusal by the militias confirms their efforts to thwart international efforts to contain the Safer oil tank disaster, and their continued use of the file as a bargaining chip and blackmailing the international community.
He called on the international community and the United Nations to apply real pressure and impose sanctions on militia leaders to compel them to implement their commitments regarding the Safer file, and to save Yemen from the biggest and imminent environmental disaster in one of the most important international corridors.