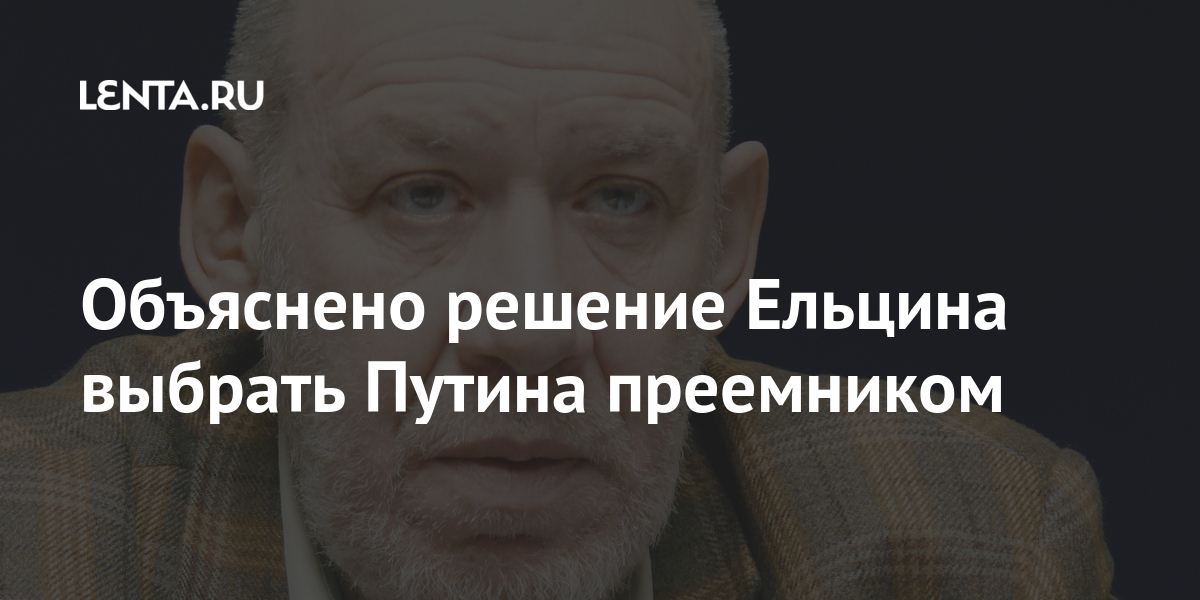 The first president of Russia, Boris Yeltsin, decided to choose Vladimir Putin as his successor after the default – he needed a man who could “keep what has been achieved.” This was stated by the former assistant to Yeltsin Georgy Satarov on Youtube-channel “School of Civil Education”.

He said that by 1996 the politician had not prepared a worthy candidate to participate in the elections and that was his suffering. “Lyudmila Grigorievna Pikhoya asked him at the beginning of 1995:“ Boris Nikolaevich, will you go to the presidential elections? ” To which he replied: “If there is no strong candidate ready to defeat the communists, then we will have to go,” Satarov added.

According to him, the default of 1998 for Yeltsin was “an absolutely terrible shock.” “If before that he believed that [преемником] there had to be someone like Nemtsov, (…) then after the default the guardian was important to him – he must keep what he had achieved, ”the political scientist explained.

After that, Yeltsin began to sort out among the “service people”, and Putin was one of them, concluded Satarov.

In August 2020, President of Belarus Alexander Lukashenko said that Yeltsin regretted choosing Putin as his successor. According to him, the ex-head of state hoped that Putin would run to him and constantly consult on this or that issue. “But this is impossible and unacceptable, and this is not for Putin,” Lukashenka said.

Yeltsin took over the country in 1991. Five years later, he was re-elected for a second term. On December 31, 1999, the politician announced his resignation and appointed the then Prime Minister and former FSB Director Vladimir Putin as acting president.