Yellow lights in the Government: in almost four months, the price of soybeans fell 22% 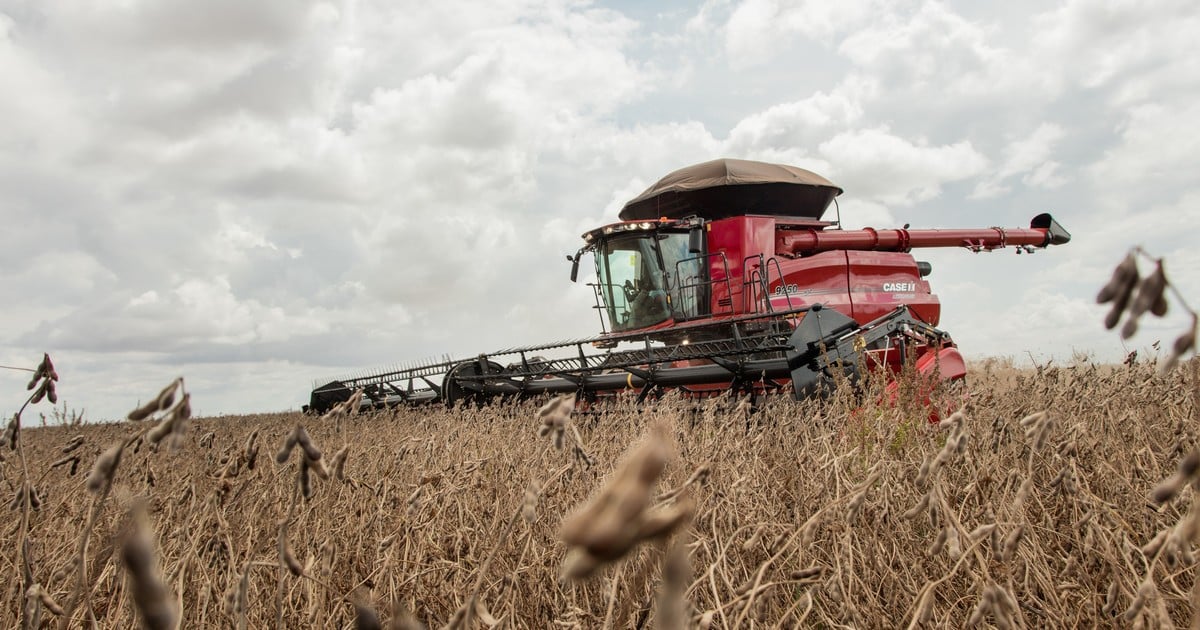 The alarms went off in the field and the Government because the price of soybeans had a very important drop in the last one in the international market. From peak on May 12, when it hit $ 610, the price had a strong decline (with anti-downs) until it fell to 471 dollars, the value at which it closed yesterday. Thus, in almost 4 months, the value of soybeans in the Chicago market fell by 22% (US $ 139) despite the fact that this Thursday the wheel ended with a slight rise after 4 days in decline.

According Tomas Rodriguez, An analyst at the Rosario Stock Exchange, this last week it was falling because hurricane “Ida”, which hit the gulf, left the port terminals in the New Orleans area without power and is expected to take between 2 and 4 weeks to be fully operational, which will affect the flow of US exports.

In addition, he pointed out that the new season officially began on Wednesday and this month the harvest will become general. “There is always a seasonality when grains enter the market that puts pressure on prices,” he said.

Also, he added, there were rains in some of the main productive regions that some lots reached mid-afternoon, but others that are in the last stages of grain filling can give them a new boost to yield.

For the granary market analyst, Pablo Adreani, “From the end of last week to the middle of this Chicago was influenced by the exit of funds that were bought and left the position in September, which caused the drop of soybeans in the CBOT”.

But to go beyond the reasons for this sharp drop in the price of soybeans, analyst Hernán Fernández Martínez remarked that as a consequence of the quarantine, which generated unemployment of 15% in the United States, without precedent in its history, since March 2020 government started issuing dollars in order to reactivate the economy and lower unemployment, which today is 5.4%.

And last Friday the president of the US Federal Reserve, Jerome Powell, said that they were going to continue with this monetary policy, because they want to return to the 3.5% unemployment left by Donald Trump, but most likely they will change it by the end of 2021. “That would generate an exit from the capital market and, therefore, would affect commodities”said the analyst.

This steep decline not only affects Argentine producers, which although it was less, also suffered a decrease in their beans. Rather, the government begins to look askance at what is happening in Chicago, in need of dollars.

According to data from the Agricultural Foundation for the Development of Argentina (FADA), the soy complex exported 11,890 million dollars in the first semester, with a total of 21.4 million tons. Is he main generator of currencies if the total of Argentine exports is considered, with 34% of the country’s exports.

Compared with the first half of 2020, the complex presented a considerable increase in its exports, measured in dollars, of 55% and 4% in tons. During the first six months of 2021, the complex has exported the equivalent of 80% of the total exports in dollars in 2020. This was mainly due to the rise in prices in that period.