Yellow flowers and rainbow flags at the farewell to Raffaella Carrà: “Your silence is noise” 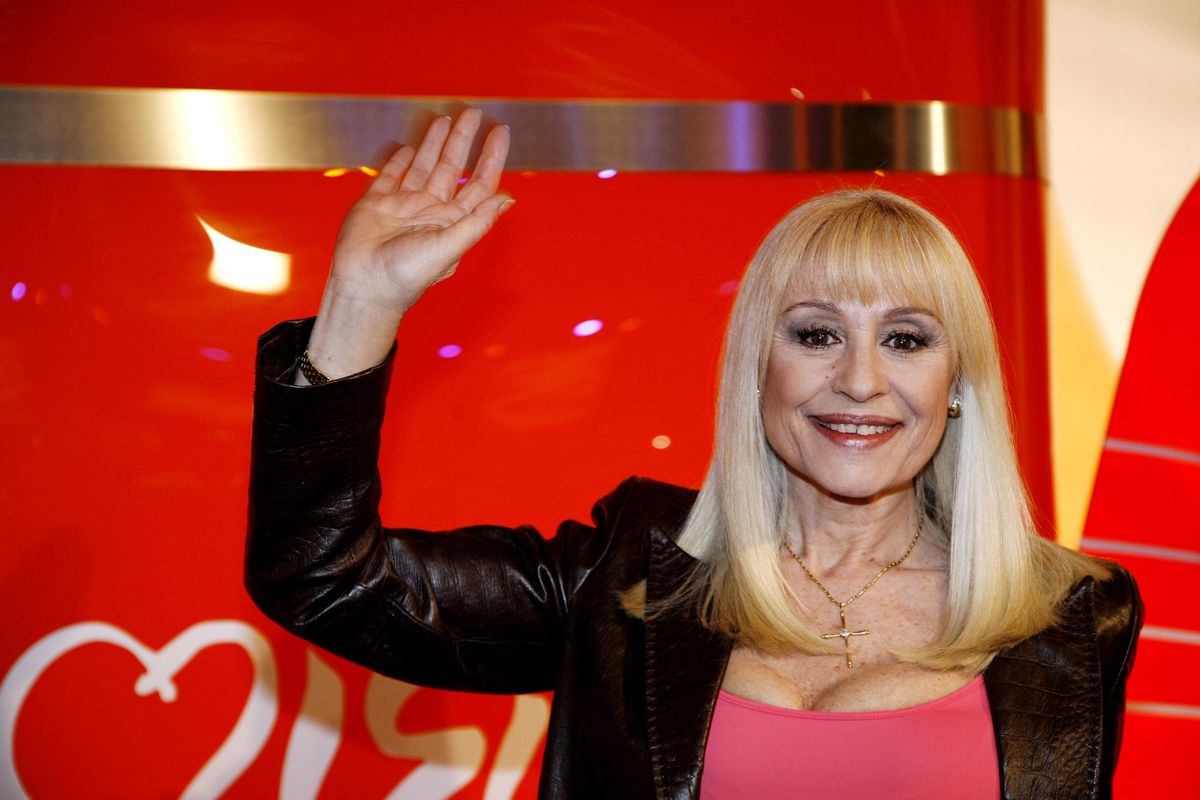 Italy has turned to say goodbye in style in a long goodbye to Raffaella Carrà, one of its most beloved artists and one of its best ambassadors. The burning chapel of the singer and presenter, who died on Monday at the age of 78, has been installed in the Palazzo del Campidoglio, seat of the City Council of Rome, for three days, from Wednesday to Friday. Before arriving there, the funeral procession left the artist’s house and passed through the different Rai studios, where Carrà was forged as a television legend in the sixties and from which he conquered the world with his self-confidence and his transgressive style.

The hearse passed through all the symbolic places in its career, temples of the spectacle of that golden age, such as the auditorium of the public entity in the Foro Italico, which they have already proposed to baptize with its name. Then he went to the central headquarters of public television, on the Mazzini road, and the car entered the main courtyard, where he was received with songs and excited applause from friends, colleagues and followers and where a group of police officers stood in his presence. . From there he went to the studios on the Via Teulada, where the program was filmed. Studio One, and the Teatro de las Victorias, where he recorded the variety show Canzonissima, which catapulted her to stardom. The images that were shot on that set are already television history, like that first appearance in 1971 with a dress that revealed her navel and that scandalized as much as it enchanted the prudish Italy of the time. “People also want to be distracted and she always did her shows intelligently and elevated, without vulgarity. Success is not a gift, it is earned day by day, with a low head and with humility. This is Raffaella’s lesson ”, said presenter Bruno Vespa, excited.

The funeral procession was covered at all times by the applause and cheers of thousands of followers who, despite the suffocating heat of these days, took to the streets to say goodbye to their beloved Carrà, still shocked by the unexpected news of his death. “There is a lot of gratitude for a person that we felt like family. With her, the role of women on television also evolved, she started as a star, but later she became an artistic director. Raffaella looks at us right now and smiles, “said host Milly Carlucci.

Thousands of people have paraded through the City Hall of Rome during these days. From professional colleagues to authorities, passing through friends and admirers of all ages of the diva with the iconic platinum blonde medium length hair. The signature book is full of words of admiration and affection for the most universal Italian and global television phenomenon. “She is an immortal artist”, is heard in line. “It brought us freedom and beauty,” whispers a man.

There are those who blow a kiss, those who wave goodbye or those who kneel. “Your silence is noise,” reads a large poster placed next to a pair of yellow flower arrangements, his favorite color. Of the same hue is the flower crown sent by her official fan club. The coffin, an austere wooden box, as was his wish, has been installed in the room of the Protomoteca, intended for the great characters of culture and where Italy also fired the actor Bud Spencer, among others. In the room, photos are displayed that recall the different stages of his career and some of his most iconic themes are projected on a screen, such as the famous Tuca tuca or Carramba.

The LGTBI rights activist, actress and singer Vladimir Luxuria has left a flag in the colors of the rainbow on the coffin. “It was a spontaneous gesture, it was not planned. The LGTBI community has always loved Raffaella Carrà, reciprocated love, she also made this love a source of pride because in many statements she has reiterated her closeness, her respect and her love for all her audience, but especially for the LGTBI community ”, has explained.

The nets have also been filled with displays of affection and messages of affection, as well as at the entrance of the diva’s house, adorned with sunflowers and other yellow flowers. The farewell with honors will culminate on Friday with a funeral in the church of Santa Maria in Ara Coeli and afterwards she will be cremated.