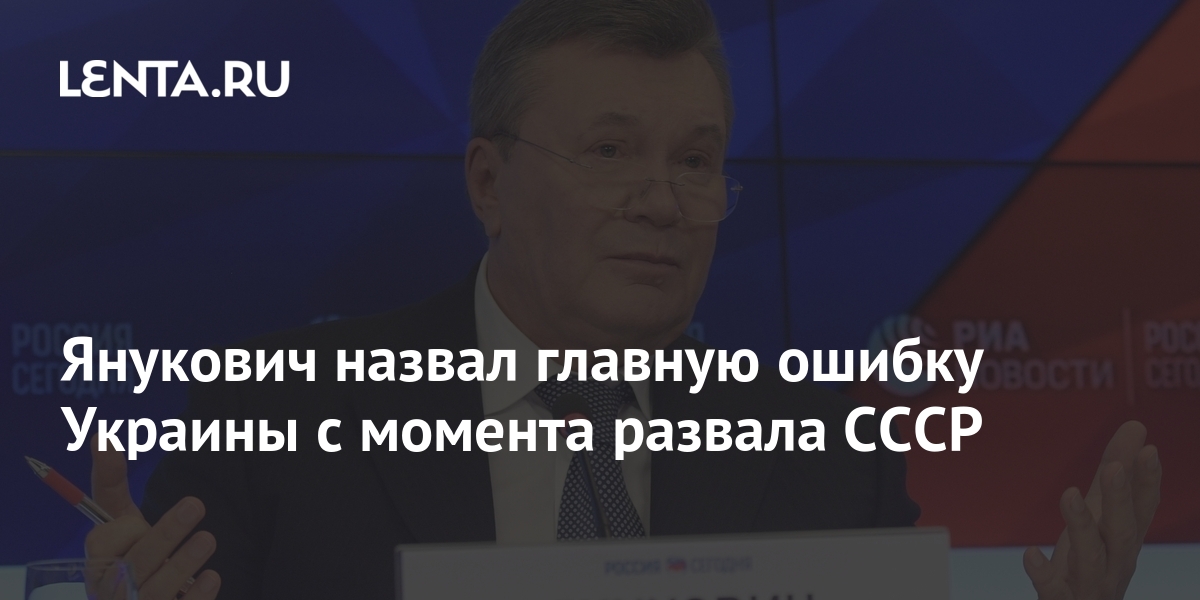 Former President of Ukraine Viktor Yanukovych called the refusal of good-neighborliness with Russia the main mistake of the country in 30 years of independent existence. He stated this during an appeal to the Ukrainian people in honor of the 30th anniversary of the independence of the republics since the collapse of the USSR, reports RIA News…

In his opinion, this reckless step by the leadership led to a split in the entire Ukrainian society, the growth of nationalist sentiments and the persecution of opposition politicians who advocate the restoration of ties with Russia. The gradual distance from Russia also gave rise to a deep economic crisis and social instability.

“Residents of Donbass are offered to leave for Russia if they do not want to support the violent Ukrainization carried out, oddly enough, by the Russian-speaking leadership of the state, and the residents of Crimea are denied the right to consider the peninsula their homeland,” said the fourth president of Ukraine.

He added that over the years, Ukraine has not acquired the status of an independent state and its foreign policy position in the world arena is completely dependent on US-Russian relations, which are notable for their instability.

Earlier, the first president of Ukraine, Leonid Kravchuk, said that he believed Russia, and called it his biggest mistake. According to him, he was confident that Russia would move away from forceful methods in foreign policy to diplomatic ones and would “negotiate with countries”, but this never happened.

Independence Day of Ukraine is celebrated annually on August 24. According to the authorities’ plan, this year it will stretch for three days and will be accompanied by concerts, military parades and honoring of the “great Ukrainians”.

Germany declares all of Spain as a risk zone