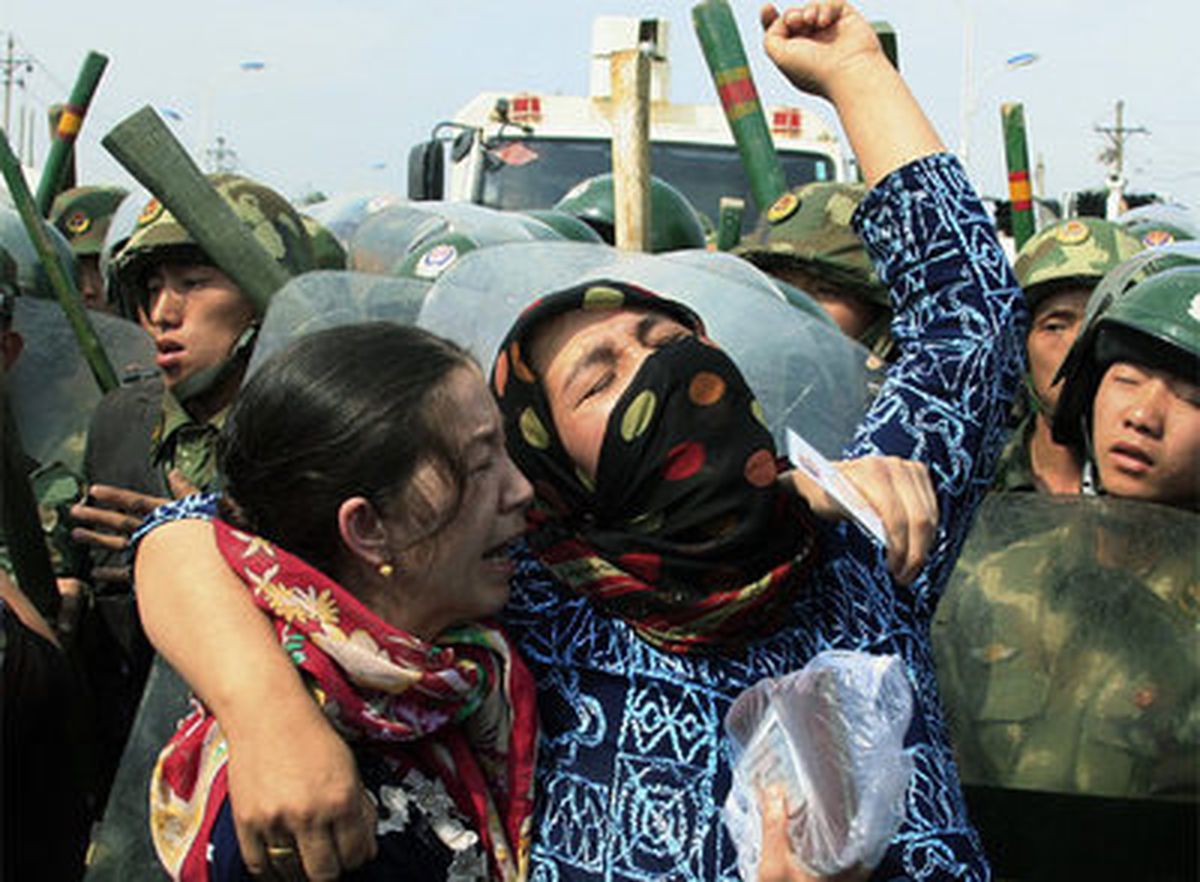 This month the musical premiered in Chinese cinemas Geshengdechìbang, something like The wings of song. It is a mega state production that tells the story of three musicians, a Uyghur, a Kazakh and a Han, who go to find their lives in Xinjiang. There they will see the exemplary coexistence between ethnic groups, a lot of dancing and idyllic landscapes. Not a beard or a hijab. Obviously nothing is said of the one and a half million Muslim Uighurs held, according to various governments and humanitarian organizations, in re-education camps. The feature film underlines the thesis of Beijing: in that autonomous region the 25 million inhabitants relate to each other in harmony “like the grains of a pomegranate.”

The reality is that Xinjiang is one of the main concerns of the Chinese Communist Party. Before it was only domestic, now also facing the outside. The situation of the Uyghur minority has motivated a crossing of sanctions between the West and Beijing. In March the European Union, the United Kingdom, Canada and the United States moved. China responded promptly with similar measures, banning entry to various parliamentarians, academics and organizations. Beijing strongly denies forced sterilizations and torture. He insists that they train Uighurs to work and that this is the only way they prevent some from becoming radicalized. The security and surveillance measures are there, they say, to prevent attacks like those that existed until 2015. And whoever wants to can visit the region to check it out.

I wish it were true. A foreign journalist cannot come to Xinjiang to chat with Uighurs. How will they respond without fear of retaliation? Nor can you access the barracks without an official guide to find out if people live there against their will. Today, in addition to the Chinese version, we only have three biased information channels: the first is the testimonies of Uighurs in exile, who narrate very hard experiences. The second, reports from academics like Adrian Zenz, who pulls public data from Chinese web pages. He has deduced, for example, that state-owned companies benefit from Uighur labor, but these are partial data. The third source is the Western media. Most are as rigorous as they can be, but they are finding it increasingly difficult to work. The BBC correspondent has been pressured until he has left for Taiwan.

Beijing vetoes quality access. So you can say that the West makes decisions based on malicious lies. The United Nations is negotiating an observation mission “without restrictions”, but it is not known when or how it will be. We are in a battle for the story in which one party does not have access to information and the other does not need to explain. The sanctions are symbolic, but they may end up being blank bullets. @anafuentesf