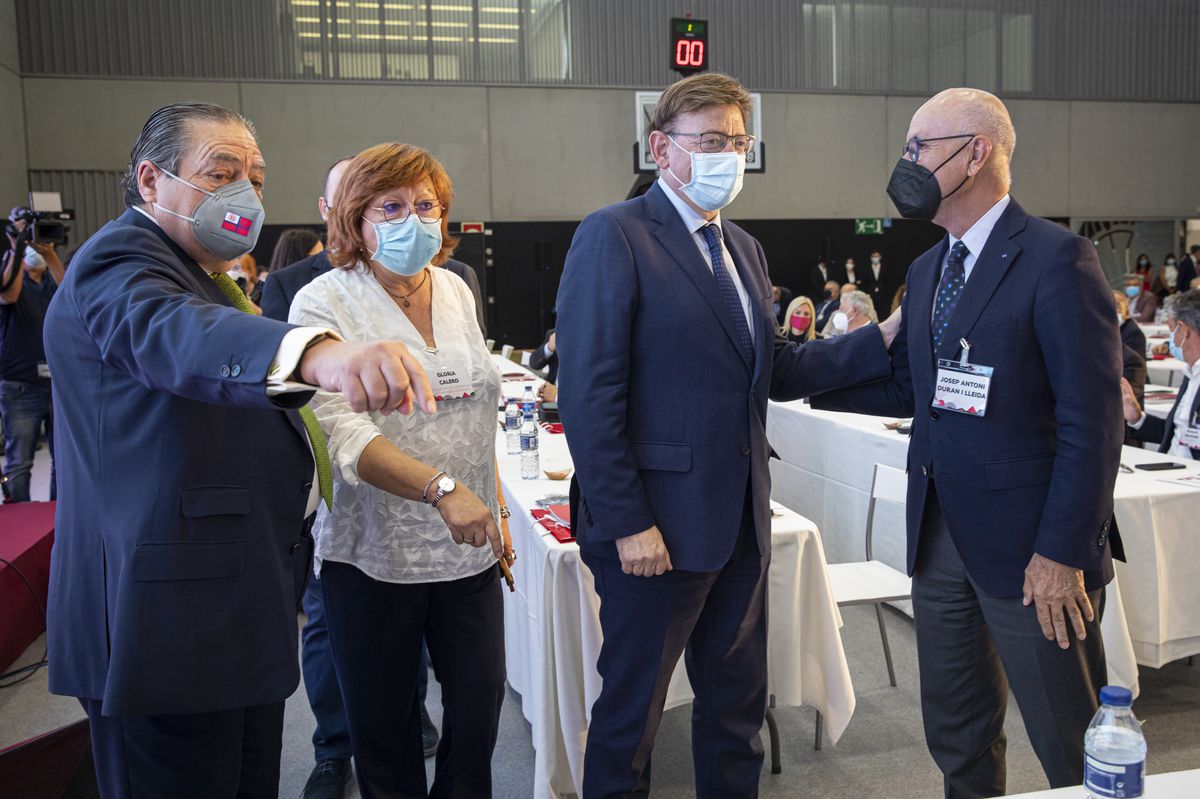 The president of the Generalitat Valenciana, Ximo Puig, wants the State Ports headquarters to move from Madrid to Valencia and has requested this from the President of the Government, Pedro Sánchez, by letter. Puig has made a defense of decentralization and the reformulation of the territorial space before the general assembly of the Valencian Association of Entrepreneurs (AVE), which brings together the most prominent industrialists of the Valencian Community. In this way, the socialist president has accepted the challenge launched a few days ago by the president of this employer’s association, the shipping company Vicente Boluda, who told him that he did not understand how the headquarters of this public company was 350 kilometers from the sea, as he has recognized Puig himself.

“Not everything can pass through Madrid,” insisted the Valencian president, who sent the request by letter to Sánchez, just two days after the portfolio on which Puertos del Estado depends, Transportes, has passed from the hands of the Valencian José Luis Ábalos to those of the former mayor of Gavà (Barcelona), Raquel Sánchez. Ports of the State in the body in charge of coordinating and controlling the 28 Port Authorities that govern the 46 ports of general interest that Spain has.

“Inefficient centralism absorbs resources and drains wealth,” said Puig, who has indicated that, in any case, this is not the only challenge facing the Valencian Community, in reference to the “unavoidable” claims such as regional financing and the Mediterranean Corridor. In addition, he has announced that next September a meeting will be held in Valencia with senior representatives of the European Commission in order for Valencian companies to learn about the new industrial strategy of the European Union and to be part of European business alliances.

Ximo Puig has participated in the closing of the conclave of the most influential Valencian businessmen who have demanded that he persist in vindicating the same axes that the regional president has indicated (fair financing and the Mediterranean Corridor) to which they have added the need of sufficient water resources. In addition, Boluda has advanced that one of its objectives for the next course is the review of taxation. Although he did not want to detail which taxes they will focus on, he did give as an example that an employee pays six points more in taxes in Valencia than in Madrid, which suggests that the reduction of the autonomous section of personal income tax will be one of the points that they will claim.

The general assembly also had the intervention of Josep Antoni Duran i Lleida, former CiU spokesman in the Congress of Deputies, who pointed out that taxation also has to do with financing. “Madrid to do what it wants with its taxes, but I want Valencia and Catalonia to have the same conditions to carry out a good fiscal policy,” he stated.