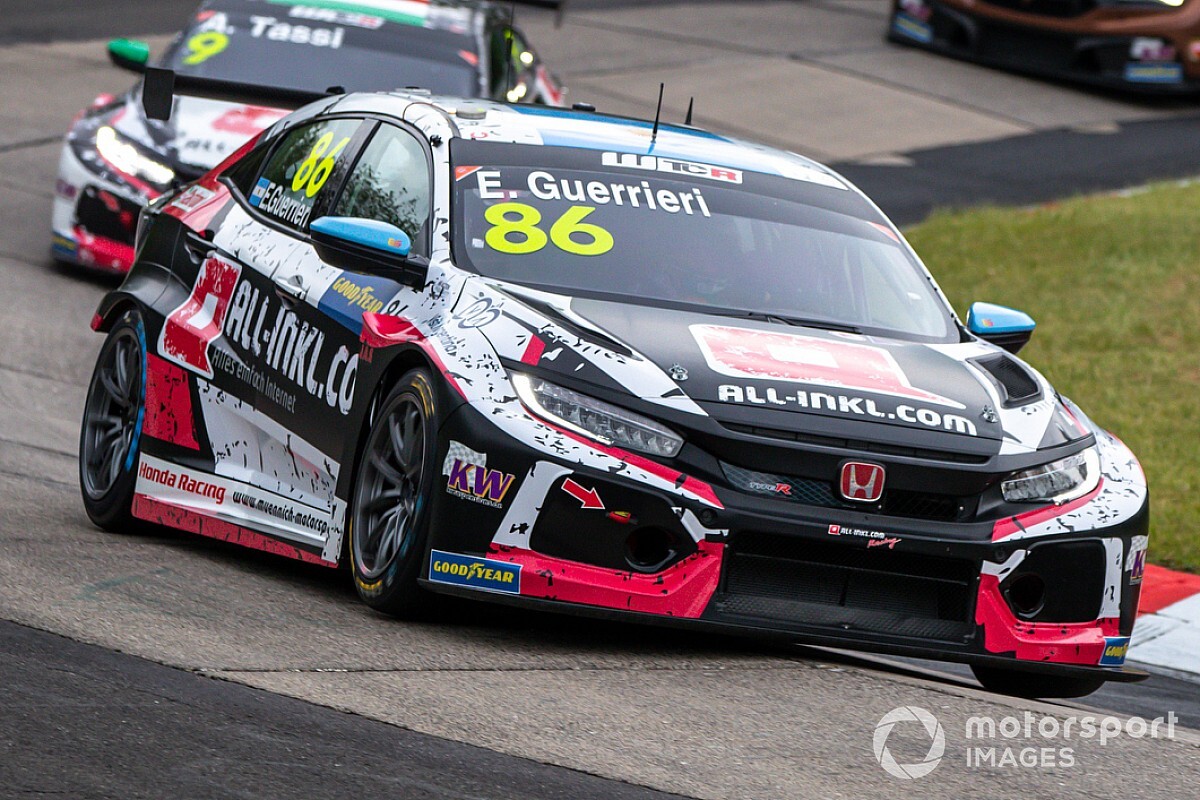 Esteban Guerrieri gives Honda the second Pole Position of the 2021 FIA WTCR season with a great performance in Q3 at Estoril.

After the record set by his teammate Néstor Girolami in Germany, this time it is the other Argentine of ALL-INKL.COM Münnich Motorsport to soar behind the wheel of the Civic Type R built by JAS Motorsport.

Guerrieri, who became Milo’s father this week, printed a nice 1’44 “522 in the third heat, beating by a whisker the local idol Tiago Monteiro (ALL-INKL.DE Münnich Motorsport) and Girolami, in what is a great hat-trick for the Japanese House.

In Q2 it was Vernay who mocked Norbert Michelisz, who with the Hyundai of the BRC Hyundai N LUKOIL Squadra Corse found himself sixth by just 0 “110 and therefore excluded from the last part of timed practice.

In the Cherasco team there is the partial satisfaction of having Gabriele Tarquini in Pole Position for the inverted grid of Race 1, given that the “Cinghiale” finished tenth, overtaking Luca Engstler’s Hyundai in the final (Engstler Hyundai N Liqui Moly Racing Team), eleventh.

The 2018 Champion was not too happy with the performance, which still sees him far from the best, albeit with the opportunity to shoot in front flanked by the King of 2020, Yann Ehrlacher, the best of the Lynk & Co drivers, author of the ninth time with the 03 TCR of Cyan Racing.

Seventh and eighth place, however, for the Frenchman’s colleagues: Santiago Urrutia (Cyan Performance) precedes Yvan Muller (Cyan Racing), while the most bitter of all is Thed Björk, only twelfth.

In Q1, where the four Hondas had dominated the scene (as in Q2), the first of the eliminated was Mikel Azcona (Zengő Motorsport), 13th and faster than the armed drivers of the Cupra Leon Competición.

The new Audi RS 3 LMS from Comtoyou Racing is also bad because Nathanaël Berthon, Gilles Magnus and Frédéric Vervisch are chasing the Spaniard, with Rob Huff’s Cupra and Tom Coronel’s Audi behind.

The brothers Andreas and Jessica Bäckman will instead be in the tenth row with the private Hyundai of the Target Competition. The Cupra of Jordi Gené and Bence Boldizs sadly complete the ranking.