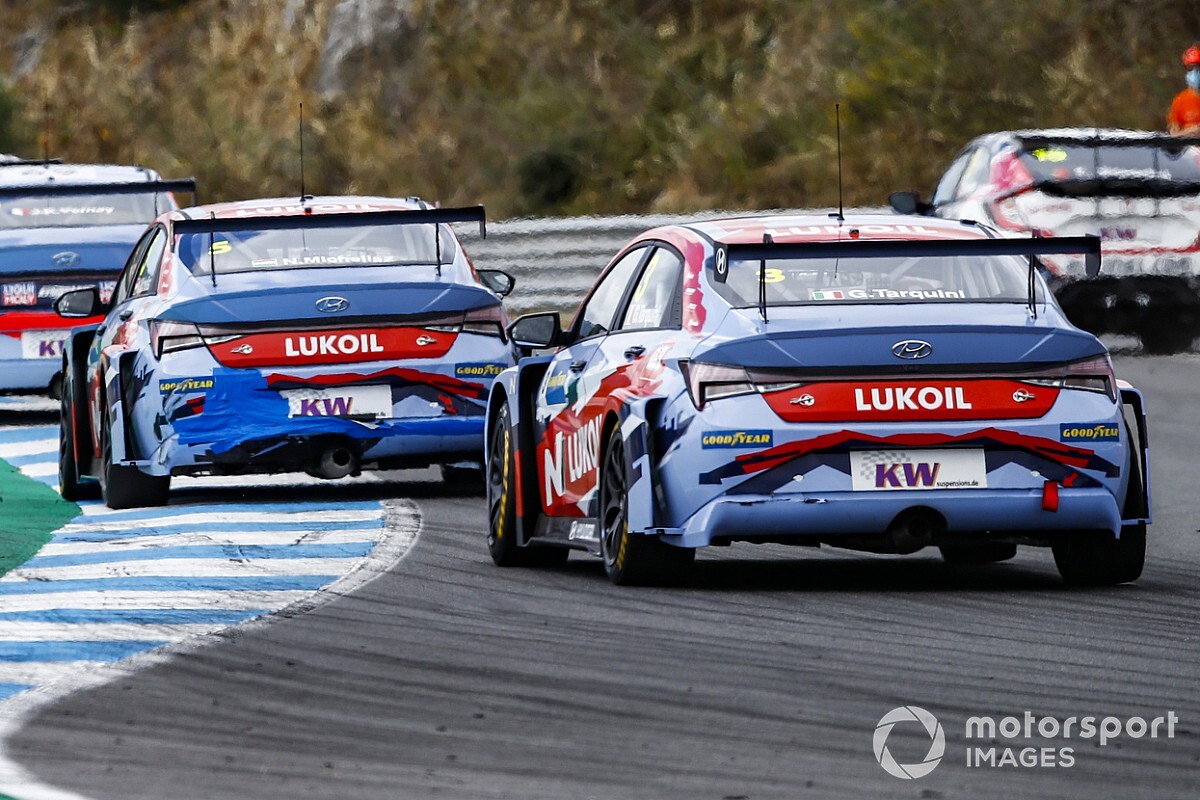 The FIA ​​WTCR weekend in Estoril was bittersweet for the BRC Racing Team, who with Gabriele Tarquini came close to victory and podium, while Norbert Michelisz was able to celebrate third place in Race 2.

The Portuguese weekend turned out not to be entirely positive already in Qualifying: the Hungarian had remained out of the Top5 (and struggled for the Pole Position) by a whisker, forced to take sixth.

The “Cinghiale” instead grabbed the tenth place, which although it was not a great result in terms of performance, allowed him to start from the first position of the inverted grid of Race 1.

“To be honest I did my best, but we were far away – said Tarquini about his attempt to enter Q3 – We made a set-up change for the last run because it was probably not my best choice and in the end we found some tenths “.

“It was a good lap. It’s a shame to have knocked Luca Engstler out of tenth position because we wanted four Hyundai in the Top 10, but that’s racing. Sometimes you smile, sometimes you don’t”.

The 2018 Champion lost his smile in Race 1, first being overtaken by Yann Ehrlacher at turn 1 and then finding himself forced to slow down at the best due to a flat tire.

In the second round there was a good comeback from the tenth place, sticking to the Elantra N of Jean-Karl Vernay and Michelisz, who went to the podium occupying the second to third place.

“Race 1 unfortunately was very short for me, I lost the lead at the start because I came very close to stalling. I tried to resist and had the pace to attack Ehrlacher, but after 5-6 laps I realized that the pressure of my front right was dropping. In fact it was a slow puncture, we think because of the debris. “

“In Race 2 I got a better start and gained positions in an excellent first lap. After that I got attached to Norbi and finished fourth, which is not bad.”

Michelisz in Race 1 was thrown out at the first braking by a carom triggered by Néstor Girolami’s Honda, but with the third step of the Top3 he made up for it in the next race.

“This weekend has been quite positive. I was disappointed and very annoyed after the accident in Race 1, but in the end this is how races go sometimes – admits the 2019 Champion – It was very nice to be back on the podium in Race 2 for the first time after Malaysia 2019 “.

“It’s good for my confidence and it was good to drive the car. There are still areas for improvement, but if we continue on this path, we should be in good shape for the rest of this season.”

Team Principal Gabriele Rizzo added: “It was great to hit our first podium of the season, now we have to go on like this. Our overall position in the championship does not reflect pace and performance; both at the Nürburgring and here in Estoril, we have suffered from which we are not guilty of and who have compromised or put an end to our competitions “.

“This is no excuse, we need to be in control of our performance and results, continuing to work hard to make sure we maximize the potential of each session and take as many points as possible.”