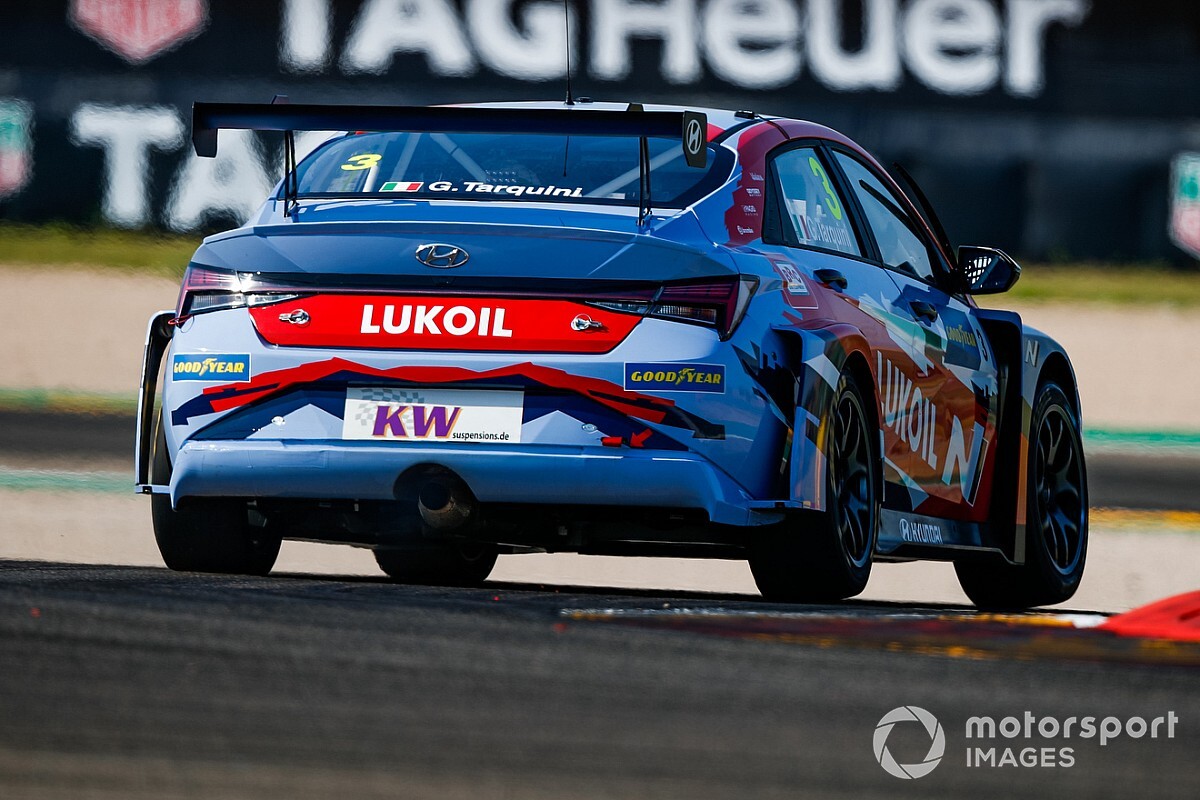 A Gabriele Tarquini on the verge of perfection triumphs in Race 1 of the FIA ​​WTCR at MotorLand Aragón, finding success after a long time (Hungary 2019 his latest achievement).

The standard bearer of the BRC Hyundai N LUKOIL Squadra Corse made no mistakes and from the start he took advantage of the Pole Position start of the inverted grid to keep his Hyundai Elantra N ahead of Mikel Azcona’s Cupra Leon Competición.

The boy from Zengő Motorsport pressed the “Cinghar” for the first two laps, but he ran away afterwards, passing under the checkered flag with 1 “8 of margin on the Spaniard.

“It wasn’t an easy race, as perhaps it seemed from the outside. Azcona pressed me for a long time and so I had to keep an eye on him in the mirrors, but it’s a very important success for us and Hyundai, so I’m delighted, too. because in Qualifying they don’t get any points. We were competitive even if we were ballasted “, commented Tarquini in a parc fermé.

It was not the race full of sparks that was expected, but we lived some good duels anyway.

The reigning champion Yann Ehrlacher had started holding the third place, but already on the second lap he was forced to give way to Coronel and Berthon, having to settle for the Top5.

Among other things, the Frenchman of Cyan Racing Lynk & Co is the best of the 03 TCR and had to sweat a lot to get the better of the Audi of Gilles Magnus (Comtoyou-RACB National Team) and the other Hyundai-BRC driven by Norbert Michelisz.

Eighth is Frédéric Vervisch in the fourth Audi of the Comtoyou, author of the overtaking that on lap 5 allowed him to get behind the Lynk & Co of Thed Björk (Cyan Performance).

The Swede also found himself fighting with Jean-Karl Vernay (Engstler Hyundai N Liqui Moly Racing Team), to whom he gave the ninth place on lap 6, thus completing the Top10 in front of Yvan Muller and Santiago Urrutia at 03, at loggerheads at the start of the race and at risk of being mocked even by the Hyundai of Luca Engstler (Engstler Hyundai N Liqui Moly Racing Team), thirteenth at the finish.

Also in the points Jordi Gené on the Zengő Motorsport Driver’s Academy-branded Cupra and Esteban Guerrieri (ALL-INKL.COM Münnich Motorsport), the only Honda Civic Type R to do so given that the cars built by JAS Motorsport started from the rear and weighed down with the maximum ballast provided by the regulation.

None of the other Honda guys take anything: Attila Tassi and Tiago Monteiro (ALL-INKL.DE Münnich Motorsport) finish 18th and 21st – the Portuguese also backward due to a Drive Through imposed on him for an infringement during grid deployment – while Néstor Girolami closes 19th with the other Civic of ALL-INKL.COM Münnich Motorsport.

Dry also remain the Cupra of Bence Boldizs (Zengő Motorsport Drivers’ Academy), sixteenth, and the Hyundai of the Target Competition led by Andreas and Jessica Bäckman (17th and 20th place for them).

Rob Huff retired on lap 6 on the other Zengő Motorsport Cupra, just as the Englishman had managed to grab the 14th position.

Germany continues with anguish the search for a thousand disappeared